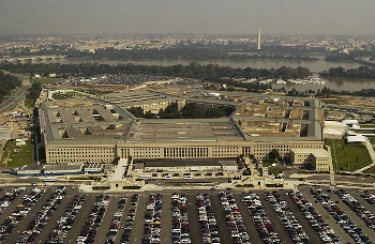 The US Department of Defence has awarded a US$10 billion 10-year cloud deal to Microsoft ahead of Amazon, with the latter firm having been favoured to get the contract. The contract runs until 24 October 2029.

The announcement was made on Friday night US time. Questions have been raised in the US media whether the antagonism between US President Donald Trump and Amazon chief Jeff Bezos had anything to do with Microsoft winning the deal.

An AWS spokesperson said in a statement: "We’re surprised about this conclusion. AWS is the clear leader in cloud computing, and a detailed assessment purely on the comparative offerings clearly lead to a different conclusion.

"We remain deeply committed to continuing to innovate for the new digital battlefield where security, efficiency, resiliency, and scalability of resources can be the difference between success and failure.”

iTWire has asked Microsoft for its public comment about the deal.

The DoD Joint Enterprise Defence Infrastructure contract, known by its acronym JEDI, is meant to unite all Defence services under one cloud vendor, as the CIA did in 2013 with Amazon at a cost of US$600 million.

The first draft calling for requests for proposals for the JEDI contract were put out in March 2018, with a formal proposal following after four months.

Apart from Microsoft and Amazon, Oracle and IBM were also in the running but the contest had been narrowed to two companies. Oracle went to court to protest what it saw as Amazon's being favoured for the deal, but met with no success.

Trump's opposition to Amazon is no secret. In July, during a media appearance with the Netherlands Prime Minister Mark Rutte, Trump said in response to a question about the contract: "So, I’m getting tremendous complaints about the contract with the Pentagon and with Amazon.

"They’re saying it wasn’t competitively bid. And I will be asking them to look at it very closely to see what’s going on because I have had very few things where there’s been such complaining.

Update, 30 October: Toni Townes-Whitley, president, US Regulated Industries, Microsoft, responded to iTWire's query, saying: "For over 40 years, Microsoft has delivered innovative, proven and secure technologies to the US Department of Defence. We brought our best efforts to the rigorous JEDI evaluation process and appreciate that DoD has chosen Microsoft.

"We are proud that we are an integral partner in DoD's overall mission cloud strategy. As was articulated throughout the JEDI procurement, the DoD has a singular objective - to deploy the most innovative and secure commercially available technology to satisfy the urgent and critical needs of today's warfighters.

"We look forward to expanding our longstanding partnership with DoD and [to] support our men and women in uniform at home, abroad, and at the tactical edge with our latest unique and differentiated Azure cloud capabilities."

More in this category: « Parliamentary panel rejects surveillance bills, calls for changes UK delays decision on Huawei »
BACK TO HOME PAGE
back to top