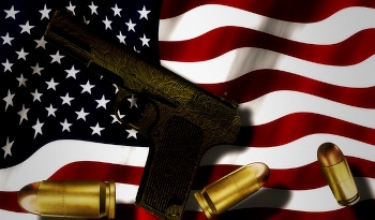 The defence industry lobby group Australian Strategic Policy Institute is acting to ratchet up tensions with Australia's major trading partner China and using funds it gets from the Federal Government for this purpose, more than $20 million at last count, the Australian arm of the Chinese telecommunications equipment company Huawei Technologies says in a strongly-worded blog post.

Huawei Australia chief corporate affairs officer Jeremy Mitchell said the only entities that would benefit from the slander that ASPI was indulging in would be American arms manufacturers from whom it received a sizeable part of its annual budget.

Mitchell said it was edifying to note that Telstra, formerly a major sponsor of ASPI's cyber arm, had ended its association with the lobby group at the end of the 2019 financial year. "It’s certainly the right move for any company that wants a productive China-Australia relationship," he added.

He did not mince his words. "The situation is almost too ridiculous for words. Australian taxpayers are forced to fund a ‘think-tank’ whose work actively damages Australia-China relations.

"While our current trade with China remains strong, the fact is the bilateral relationship is getting worse by the day. Who is benefitting from that? It’s certainly not Australia, it is not our farmers, it is not our educational sector, tourism, wine or mining industries and it is not those left on the wrong side of the ‘gigabit gap’ on the NBN who need world class broadband."

He said only ASPI's American sponsors would benefit from the toxic atmosphere being created. "Let’s be frank, ASPI’s US sponsors are not giving them millions of dollars to produce harmonious Australia-China relations – they are hardly going to benefit from that," he pointed out.

"The atmosphere that ASPI has helped create has generated a toxic environment in Australia-China relations. This has also forced fine people like Warwick Smith, a former minister in the Howard Government, to resign as chairman of the National Foundation for Australia-China Relations.

"Only last week the hugely respected Helen Sawczak stepped down as chief executive of the Australia China Business Council. You can’t blame Warwick or Helen for thinking 'What’s the point?' when ASPI’s work is going completely unchecked and they are being showered with increasing amounts of taxpayer funds by the Federal Government."

ASPI was operating only with government money when it was first set up by Hugh White, who is now a professor of strategic studies at the Australian National University. The money from defence firms started pouring in when Peter Jennings became the chief of ASPI.

The defence companies on ASPI's sponsor rolls account for a sizeable proportion of the weapons that are sold globally each year and used to slaughter people in wars around the world. An overwhelming number of ASPI's reports are about China and they are hawkish in the extreme.

White differs on the question of defence spending, telling the AFR that ASPI was involved in evaluating the military budget which it still does and this was incompatible with taking cash from the companies from which the military buys arms.

Mitchell said ASPI was now ratcheting up the fear, uncertainty and doubt against TikTok, another Chinese company.

"Never mind the fact that TikTok has done nothing wrong and has broken no laws in Australia – as former prime minister Malcolm Turnbull admitted in his own book, A Bigger Picture, if you are a Chinese company, your current innocence is annulled out by your presumed future guilt.

"The reality for companies like Huawei and TikTok is that we are pawns in the US-China trade war and countries like Australia have little choice, but to acquiesce if the US Government pushes them to ban a Chinese company. Even the UK, a country with far more political weight than Australia to enable it to push back against US demands, was forced to openly confirm that the recent change in its Huawei 5G policy was forced upon it by the US."

Mitchell said even a Liberal politician like former prime minister John Howard, a highly experienced hand in foreign affairs, had warned ASPI at the group's own Strategic Forum last week that Australia, the country it was supposed to be working for, was in danger of forgetting the bigger picture.

Mitchell quoted Howard as telling the audience at the ASPI event: “We must remember the endgame, and the endgame is to maintain, to the maximum extent consistent with our values, a good economic relationship with China.”

He said: "The problem is that ASPI doesn’t appear to be listening to even respected Australian political figures like Howard as it now not only publicly lobbies to have TikTok banned, but is also actively briefing the media that Huawei should also be restricted in other business areas such as solar energy.

"ASPI is now clearly starting to lobby against Chinese companies like Alibaba and Tencent which deliver cloud computing services to Australian businesses – something obviously in the direct interests of several of its major sponsors that offer the same services in Australia."

Mitchell said ASPI had a single tired argument: Chinese companies are beholden to China’s National Intelligence Law and would therefore be compelled to comply with any demands from the Chinese Government to hand over data – including data held in the cloud.

Mitchell said if the American Government and American corporate interests wanted to set up their own think-tank in Australia to represent their interests, then there would be nothing wrong with that. "But the Australian taxpayer should not be funding such an organisation to the tune of $20 million when we have so many other think-tanks that get nothing like that sort of funding," he said.

"Those other think-tanks are advocating for a far more sensible and practical approach to China and they actually put 'Australia first' and put our own economy and businesses at the heart of their policy formulations."

More in this category: « US semiconductor moves may blow up in its face, says China expert Australian Cyber Security Centre, DTA unveil new rules for secure cloud services »
Share News tips for the iTWire Journalists? Your tip will be anonymous