Huawei to make its own semiconductors, report claims Featured 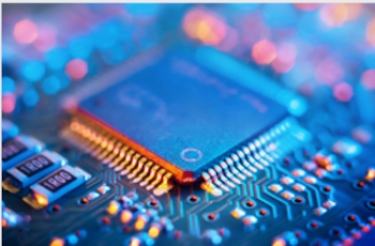 Chinese telecommunications equipment vendor Huawei Technologies will not attempt to bypass any of the latest American strictures put in place to prevent it from buying semiconductors from — or having them designed by — other firms, but instead will start making them on its own, a report claims.

RT, a news service funded by the Russian Government, said on Tuesday that Huawei had been planning this move for a while as the US has been ramping up its moves to block the company from both making its products and also from competing to obtain 5G contracts around the world.

If the news proves to be true, then it will be a major setback for US semiconductor firms who earn billions from selling their wares to Huawei which has used them to manufacture its 5G base stations and smartphones.

The latest moves against the Chinese firm, the global leader in end-to-end 5G technology, came on Monday US time, when the US Department of Commerce announced new export rule changes.

The department's Bureau of Industry and Security imposed licence requirements on any transaction involving items subject to export control jurisdiction where a party on the Entity List was involved, such as when Huawei (or other Entity List entities) acted as a purchaser, intermediate, or end user.

The BIS said these restrictions would have immediate effect and would prevent Huawei attempting to circumvent US export controls to obtain electronic components developed or produced using US technology.

The US had introduced new rules in May in May 2020, amending the longstanding foreign-produced direct product rule to target Huawei’s acquisition of semiconductors that are the direct product of certain US software and technology.

"Monday's changes further refine the FDP rule by applying the control to transactions where US software or technology is the basis for a foreign-produced item that will be incorporated into, or will be used in the 'production' or 'development' of any 'part', 'component', or 'equipment' produced, purchased, or ordered by any Huawei entity on the Entity List, or when any Huawei entity on the Entity List is a party to such a transaction, such as a 'purchaser', 'intermediate consignee', 'ultimate consignee', or 'end-user'," the department said.

The RT report said that Huawei would be able to produce its first chips by the end of the year.

There have been indications that Chinese chip companies were looking to reduce dependence on foreign firms, with reports earlier this month that about 100 chip engineers had been recruited from Taiwan by Quanxin Integrated Circuit Manufacturing (Jinan), better known as QXIC, and Wuhan Hongxin Semiconductor Manufacturing or HSMC.

Huawei has a chip design unit named HiSilicon, but has had all its chips fabricated by Taiwan Semiconductor Manufacturing Company so far. It has been using these chips, known as Kirin processors, in its smartphones for about a year.

While chip firms in China, like SMIC, make 14nm processors, they are far behind the top companies, like Samsung and TSMC, the only two who can manufacture the most advanced 7nm chips. TSMC will be able to start manufacturing 5nm processors in a couple of years.

Huawei has been reported to have bought enough chips from its foreign suppliers to last it until February next year.

More in this category: « US lobby group slams new strictures on semiconductor exports Facebook threat to block Australians from sharing news if code enforced »
Share News tips for the iTWire Journalists? Your tip will be anonymous