Huawei seeks summary judgment in case against US Govt Featured 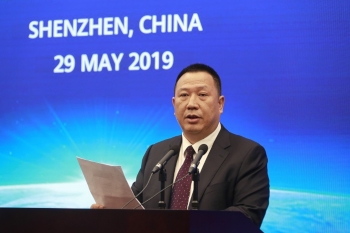 Chinese telecommunications equipment vendor Huawei Technologies has filed a motion for summary judgment in its case against the US Government in which it has challenged the constitutionality of Section 889 of the 2019 National Defence Authorisation Act. The motion will be heard on 19 September.

The company filed the suit on 7 March, saying that Section 889 unfairly discriminated against it and prevented it from operating in the US.

Huawei chief legal officer Dr Song Liuping told the media in Shenzhen that the company had also called on Washington to halt its state-sanctioned campaign against Huawei as it would not improve cyber security.

Using cyber security as an excuse to ban Huawei “will do nothing to make networks more secure. They provide a false sense of security, and distract attention from the real challenges we face,” said Song.

“Politicians in the US are using the strength of an entire nation to come after a private company This is not normal. [It has] almost never [been] seen in history.”

Song said the the US Government had provided no evidence to show that Huawei was a security threat. "There is no gun, no smoke. Only speculation.”

One of the company's arguments in the case is that the ban on its products is a “bill of attainder” – a legislative act that condemns a particular person or group of people and punishes them with no trial. Bills of attainder are banned by the US Constitution.

A second allegation made by Huawei is that its rights to due process have been violated. The argument being made is that Congress has violated the constitutional principle of separation of powers by acting as judge, jury and executioner.

On Wednesday, Song said the summary judgment was being sought so that the court could issue a ruling in the fastest and most efficient way, declare restrictions on Huawei as unconstitutional and stop enforcement of related sanctions.

He also addressed the addition of Huawei to the Entity List by the US Commerce Department two weeks ago. On 16 May, the US imposed the ban on Huawei and 68 of its affiliates, preventing the company from importing components from American companies without government approval. Some of the affiliates are in other countries like Canada, Japan, Brazil, the UK, Singapore and others.

“This sets a dangerous precedent. Today it's telecoms and Huawei. Tomorrow it could be your industry, your company, your consumers,” Song said. “The judicial system is the last line of defence for justice. Huawei has confidence in the independence and integrity of the US judicial system. We hope that mistakes in the NDAA can be corrected by the court."

Huawei’s lead counsel for the case, Glen Nager, said Section 889 of the 2019 NDAA violated the Bill of Attainder, Due Process, and Vesting Clauses of the United States Constitution. Thus the case was purely “a matter of law” as there were no facts at issue, thereby justifying the motion for a summary judgment to speed up the process.

On 20 May, Google announced it was cutting off Huawei's access to future updates of Google's Android and Google Play Store. A day later, the US Commerce Department eased some of the restrictions, allowing Huawei to maintain and update existing networks and handsets for 90 days.

US President Donald Trump has also put in place a ban on the use of equipment from Huawei and its fellow Chinese firm, ZTE, within the US.

More in this category: « Rural areas in US hit by Trump ban on Huawei equipment China takes a dig at US over claim of evidence for Huawei ban »
Share News tips for the iTWire Journalists? Your tip will be anonymous