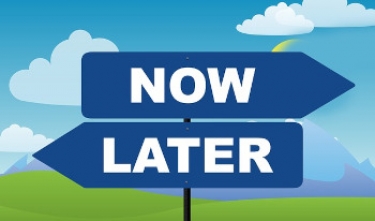 The management of Chinese telecommunications equipment vendor Huawei Technologies have requested a meeting with an aide to British Prime Minister Boris Johnson as news emerges that the company's gear will be removed from the UK's 5G networks by the end of 2025.

The Times reported that the Chinese firm was seeking an agreement to delay the equipment removal until after the next election in 2025, obviously hoping that the next administration would take a different view on the matter. It was said to have sought a meeting with senior Johnson adviser Sir Edward Lister for this purpose.

As a bargaining chip, Huawei has offered to maintain its equipment, which is also used in Britain's 2G, 3G and 4G networks.

The Times said BT and Vodafone had indicated that removing this equipment before 2025 would mean no phone coverage.

But Huawei has not made any overt threats to stop maintaining its gear, instead saying that the maintenance costs would be high and also that without its presence, there would be blackouts.

Reports in The Telegraph on Saturday said Downing Street would set a deadline of 2025 for stripping out Huawei equipment from the country's networks, adding that ministers had asked for the job to be completed in five years.

Even as these developments unfolded, Sir Richard Dearlove, a former chief of the British intelligence agency MI6, urged Johnson to assert himself more with Beijing which he accused of becoming more aggressive.

A longstanding critic of Huawei gear being used in British networks, Sir Richard told Sky News: "The problem is we have had a close relationship with Huawei dating back, I think, to the year 2000, so getting Huawei out of the systems can’t be done rapidly – it will have to be done cumulatively over time. But it looks to me now as though the government have changed their view.

“I’ve always believed that there is a strategic security reason for not allowing the Chinese that degree of involvement in the construction of our critical infrastructure. I think the relationship between the Chinese state and Huawei is absolutely clear-cut. Huawei is not a sort of ordinary international telecommunications company, it’s an intimate part of the Chinese state.

UK Culture Minister Oliver Dowden is due to make a statement to Parliament on Tuesday about Huawei.

iTWire contacted Huawei for comment, but the company said it had nothing to offer at the moment.

More in this category: « UK to set 2025 deadline for stripping out Huawei gear from networks: report Xenophon asks why Telstra not facing queries over 5G gear source »
Share News tips for the iTWire Journalists? Your tip will be anonymous