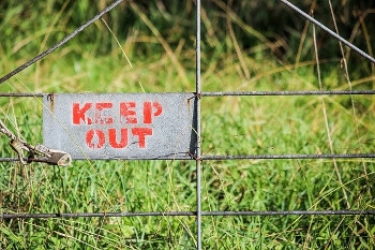 Image by melodiustenor from Pixabay

Huawei Australia chief corporate affairs officer Jeremy Mitchell has expressed disappointment over the difference between the treatment according to Chinese social media company TikTok and his own employer.

In a statement, Mitchell said that TikTok, which has faced issues in the US where the government has asked for it to be banned, was being treated fairly and solely on the basis of its current conduct.

"Huawei was banned by the [former prime minister Malcolm] Turnbull's Government solely on the grounds of what it may do in the future – which is impossible for us to disprove," he said.

Microsoft has said it is interested in buying TikTok's operations in the US, Australia, Canada and New Zealand, but US President Donald Trump has said he will only give the Redmond software firm until 15 September to conclude a deal; if this does not happen, Trump has said he would ban the social media app in the US.

He quoted from Turnbull's recent memoir, A Bigger Picture, where the ex-politician had written: "That didn't mean we thought Huawei was currently being used to interfere with our telecommunications networks. Our approach was a hedge against a future threat: not the identification of a smoking gun but a loaded one."

Mitchell contrasted the Huawei ban in Australia with what had transpired in the UK, saying the British Government had cleared Huawei to deliver 5G after a thorough review and Huawei would continue to do so until 2027.

"The recent restrictions on Huawei delivering 5G in the UK were only forced by the changes to US trade policy and were not related to cyber-security concerns about Huawei," he pointed out.

Said Mitchell: "As we have long argued, the decision to ban Huawei was made in a rushed manner and in a toxic political atmosphere in which Turnbull was attempting to fight off a challenge to his leadership.

"The more stable governing environment being delivered by Prime Minister Scott Morrison has clearly allowed him to take a fully evidence-based approach to TikTok – a privilege that Huawei was not afforded under the Turnbull Government.

"Huawei Australia stands ready at any time for discussions with the Federal Government to once again demonstrate our spotless record in delivering safe and secure networks for 16 years in Australia and for ways to mitigate any perceived risk."

More in this category: « Turnbull book shows no 'smoking gun' to prompt Huawei 5G ban: Xenophon AFP says it made three requests for assistance in breaking encryption in 2019-20 »
Share News tips for the iTWire Journalists? Your tip will be anonymous