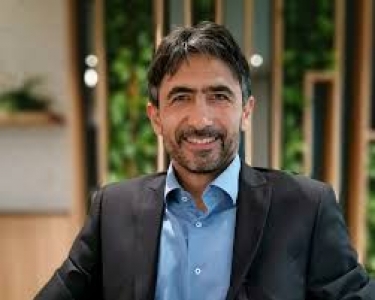 Huawei Australia chief technology officer Dr David Soldani has warned that the latest sanctions on Huawei by the US Federal Government could break-up the unified global mobile technology standards that currently allow Australian tourists and business travellers to use their mobile devices anywhere in the world – and for global visitors to use their mobile devices when in Australia.

Dr Soldani says that before the arrival of 4G technology into the global mobile market in 2009 2G and 3G networks used differing standards in many parts of the world meaning that travellers would not be able to use their devices when visiting some countries – leaving them cut-off.

Writing in a new blog post Dr. Soldani warns that “in particular, for a country like Australia located in the Asia Pacific region and seeking to be a bridge between its own region and the US and Europe a return to the bad old days of competing mobile technology standards would be extremely negative”.

“At some point Australia would have to make a choice on which pathway to go down from a technology perspective, do they take the Chinese path used by our biggest trading partner - and the one likely used across its own region - or take the US pathway?”

“The Internet has played a crucial role in bringing the world together but the latest attacks on Huawei made by the US Federal Government present a significant threat to the way in which the world communicates – and that’s potentially very bad news for Australia,” Dr Soldani warned.

“Right now wherever you are in the world you can take your 4G mobile phone anywhere you like from Addis Ababa to Adelaide or from Zanzibar to Zurich and it will allow you to access your digital services, communicate with anyone or do whatever you want on the Internet.

“Those unified and harmonized standards are critical for a nation like Australia whose people love to travel overseas and, more importantly, a nation which relies extremely heavily on both attracting foreign tourists and students – both of which are critical for our economy.

“When Aussies business travellers go overseas they want and expect their expensive smartphone to work so they can use it as a critical work tool to enable productivity.Our leisure travelers want their phone to stay in touch with home and, of course, regularly update their social media to show everyone what a great time they are having.

“It’s the same when foreign business people, visitors or students come to Australia – they want to turn on their device and have it work straightaway just like they can at home.

“Bringing the whole world together onto a single unified system of 4G technology took years of hard work to get away from the past years of frustration where your phone simply would not work in certain countries.

“Without drowning in the detail in the 1990s and 2000s in the 2G/3G era if an Australian visited the US, Japan, China or South Korea – to name just a few – then their Australian phone simply would not work because it was using a different technology and the same would be the case for visitors from those countries to Australia.

“We absolutely do not want to go back to those days but the latest actions by the US Federal Government in trying to block off Huawei from key technology puts us in grave danger of going down that pathway of having incompatible mobile technologies from China and the US in the future,” Dr Soldani warned.

As reported by iTWire's Sam Varghese on Tuesday, "new restrictions on the use of American products, imposed by the Commerce Department on Chinese telecommunications equipment provider Huawei Technologies, have been described as arbitrary and pernicious by the company".

More in this category: « Huawei slams new US restrictions on chip supplies AIIA urges govt to appoint minister for digital capability »
back to top