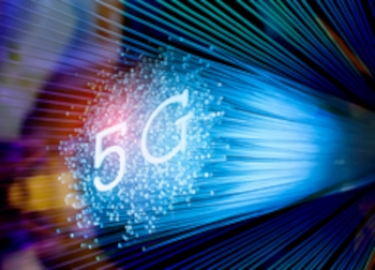 A British parliamentary committee has found that the process of selecting vendors to supply 5G gear for the country's networks has delayed the rollout and made it more expensive due to the ban on equipment from Chinese telecommunications equipment vendor Huawei Technologies.

The 58-page report, issued last week and titled "5G market diversification and wider lessons for critical and emerging technologies", said the fact that only two companies — Sweden's Ericsson and Finland's Nokia — could now supply 5G gear was, as outlined by the UK National Cyber Security Centre, a threat to both network resilience and security.

The House of Commons Science and Technology Committee included seven Conservative MPs, four Labour MPs and one MP from the Scottish National Party. Their report is the second to cover this topic; a third is now due in the next three months, with a more detailed rundown of the diversification strategy.

Britain has changed its policy on Huawei a number of times with reports in April 2019 indicating that then prime minister Theresa May was willing to let the Chinese company supply equipment for the non-core parts of 5G networks.

Based on this decision, which was leaked in May 2019 well before it was officially announced, Vodafone, O2, EE (a BT unit) and Three all rolled out 5G networks, and used Huawei gear in non-core parts of the network. Spanish group Telefonica owns O2 and it has used Huawei’s infrastructure in some of its other networks. O2 has no wide use of Huawei in the UK, but has a network-sharing agreement with Vodafone.

An official announcement only came in January 2020, when the government said that Huawei could supply up to 35% of equipment for non-core parts of the networks.

But then the US applied pressure on British Prime Minister Boris Johnson when he approached Washington about a trade deal. New American strictures imposed on Huawei in May 2020 were taken to mean that any risk mitigation which was possible earlier would not be possible any longer.

In December last year, with a final decision nigh, British Culture Secretary Oliver Dowden did not specifically announce a cutoff date for using Huawei gear when he said the government would give £1.6 million (A$2.9 million) to Japanese firm NEC to support a project to develop an open radio access network for 5G.

But he said: "We have advised UK operators that they should stop procuring Huawei equipment affected by the US sanctions by 31 December and remove Huawei 5G equipment from the network by the end of 2027 at the absolute latest. We welcome the early steps operators have taken to follow this guidance, in advance of the powers coming into force to allow us to put this position on a clear statutory footing."

The Science and Technology Committee's report provided a comprehensive look at the issues around 5G. "In the short term, the government is seeking to diversify the UK market by attracting existing vendors from other markets," it said.

"In addition to considering the case for transitioning away from 2G and 3G technologies — which is not a short-term solution — we conclude that the government should propose measures within the next six months to address network operators’ preference for vendors to offer older generation technologies with their 5G equipment.

"For example, the government should consider incentivising or mandating standalone 5G deployments and/or the use of protocols such as the Open X2 interface."

Several vendors and network operators gave evidence to the panel and their statements cast light on the difficulties involved in sourcing 5G equipment under the current scenario.

"Although network operators stand to benefit from a more diverse vendor market, we heard that it may not be in their interest to purchase and use equipment from a wider range of vendors," the panel said. "The government’s diversification strategy does not sufficiently acknowledge this fact, and provides, we conclude, little detail of proposed measures to ensure that it will be in operators’ interests to drive and maintain a diverse vendor market."

There was a certain amount of breast-beating about the past, with the panel, for example, pointing out that officials of the Intelligence and Security Committee had not informed the government about the introduction of Huawei gear into British networks until 2006, a year after a deal was signed with the company.

The panel said: "Although the decision to forbid the use of 5G equipment procured from Huawei after 2020 was made following US sanctions announced in May 2020, the potential threat from telecommunications infrastructure supplied by foreign vendors and the concentration in the UK’s vendor market have been known for many years.

"It is therefore disappointing that the government and its predecessors have not already developed and started implementing a strategy for diversifying the UK’s telecommunications infrastructure supply chain.

"Given the scale of the challenge and the urgency of the threat, the government should publish, within three months, a more detailed action plan for implementing its diversification strategy. This should include a breakdown of how the initial budget will be spent and a series of milestones with target dates for completion."

The report pointed out that there were many barriers to companies entering the market. "A range of challenges facing companies trying to enter the UK’s telecommunications vendor market was raised during our inquiry, including

The panel said representatives from Samsung, Vodafone and BT had testified that the greatest barrier for vendors established in other markets trying to enter the UK market was the UK network operators’ requirement for new 5G equipment to work alongside existing 2G, 3G and 4G equipment.

"Howard Watson, chief technology and information officer at BT Group, informed us that 50% of BT’s customers use 2G and 3G networks," the report said. "Andrea Dona, head of Networks at Vodafone, said that Vodafone was in a similar position and that this meant that new equipment had to work alongside older generation equipment."

Samsung had argued that this was a “barrier to any new entrants that have not already been manufacturing the old 2G and 3G equipment (developed back in the 1990s), whereas it is an inbuilt advance to those vendors who were manufacturing back in that era”.

And it pointed out that, "Samsung, for instance, does not make 2G and 3G network products. To do so now would mean investing in the development of old technology and then providing it free of charge, taking away research and development investment from areas where innovation is justified, like 5G and 6G."

There was mention by the panel of the possibility that development of Open RAN would provide some help to diversify the source of equipment. But a technologist and inventor recently poured cold water on notion that the Open RAN coalition would produce anything in the short term to replace products from Huawei.

Science and Technology Committee chairman Greg Clark said: "A lack of strategic foresight in 5G has seen the UK become dependent on only two vendors for a crucial technology. We must learn from this experience to avoid making our economy and security vulnerable from a lack of acceptable alternatives in emerging technologies.

"AI and quantum technologies are just two examples of fields of development which can greatly advance the prospects for our economy and society, but can pose potential threats.

"While the committee welcomes the government's 5G diversification strategy, it has come too late and contains little by way of detail. The government needs to take an activist approach to encouraging research and development, and must now co-operate internationally to build common regulatory approaches with like-minded nations.

"As technologies develop at an ever faster rate, more time must not be lost. In a white paper, the government must urgently lay out a strategy for the most important technologies of the future to avoid repeating the supplier squeeze we have ended up with in 5G."