How much will it cost the US to block TSMC from selling to Huawei? Featured 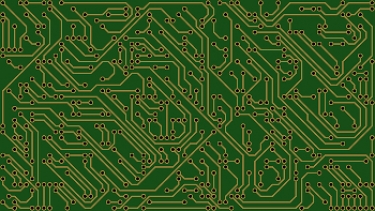 Image by Jorge Guillen from Pixabay

ANALYSIS The Taiwan Semiconductor Manufacturing Company will have to get a rather large amount from the US in incentives if it is make its proposed new factory in Arizona commercially successful and avoid any issues with its business in China.

TSMC recorded US$10.1 billion revenue for the first quarter of 2020; in prior years, it has earned 20% of its revenue from sales to Chinese companies, mainly Huawei. Sixty percent of its revenue comes from American sales.

The company has been wooed by the US for one reason: Washington wants to deny Huawei access to chips made in its foundries. At present, Huawei gets 98% of its semiconductors made by the Taiwan outfit.

The US' latest move to strangle Huawei's chip supply is to propose a change in its Foreign Direct Product Rule to cover orders from other customers that are routed through Huawei, not only the orders that Huawei makes for its own use.

This rule places some goods made abroad under US regulations if they are based on American technology or software, or made using American equipment.

Setting up in the US is estimated to cost TSMC about US$12 billion. A chip foundry not only requires massive investment to set up, the equipment used is also extremely expensive and has a limited lifespan as the technology used is constantly being updated.

Assume, at a conservative estimate, that half of TSMC's Chinese revenue comes from Huawei. That would mean about US$1 billion a quarter, or US$4 billion a year.

If TSMC agrees to the US dictum that it should not sell any products to Huawei, then that US$4 billion would have to be made up by the US Government.

TSMC has managed to stay the world's leading chip contract manufacturer by spending ceaselessly on technology upgrades. It will have no choice but to continue doing so, unless it wants to fall behind.

US states offer many incentives to companies that set up shop within their boundaries. But the sum of US$4 billion a year is a huge amount and there is no way any state can make a meaningful contribution to that sum.

Note that the US$4 billion is arrived at by assuming that global TSMC revenue stays at US$10 billion per quarter and does not rise in coming years. A further assumption made is that Huawei accounts for only half of TSMC's revenue from China.

These are both conservative assumptions, but this has been done in order to illustrate the enormous subsidies that the US will have to fork out so that TSMC can justify its Arizona investment.

That's probably why three Democratic senators have sought more details about the TSMC deal from the government.

There is a bigger question that needs to be asked and it is political. If Donald Trump is re-elected in November, will the US continue the same hawkish stance towards China? All Trump's moves against Beijing are geared towards ensuring his re-election.

Post-election, it is very likely that Trump will seek to improve ties with China, if only to ensure that it is easy for him and his children to do business in the Middle Kingdom once his term in Washington ends.

If Trump loses, then it seems probable that a Democratic president would seek to end the trade war with China that has cost about US$30 billion in subsidies to American farmers.

Trump's trade war with China led to Beijing also imposing tariffs on goods sold to the US; this meant American businesses had to pay more for imports from China. The government has been reimbursing Americans the tariff amounts and that has added up to about US$30 billion so far.

Whether TSMC's Arizona project would end up like Foxconn's plan to build a factory in the US — it has hardly taken off after being announced in 2017 — remains to be seen. The up-and-down story of Foxconn's plan is covered in detail here.

More in this category: « Low-emissions technology a focus in Government releases of tech industry roadmap UK changes Huawei 5G stance, to eliminate gear by 2023: report »
back to top