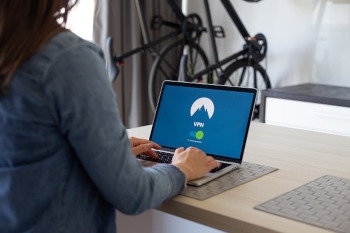 Image by Stefan Coders from Pixabay

An official from the Department of Home Affairs has been selected to lead the Australian Cyber Security Centre to replace Alastair MacGibbon who quit the post two weeks before the Federal Election in May.

Rachel Noble, the deputy secretary executive in the department, and a former staffer of the Australian Signals Directorate, will return to take up the post.

Announcing Noble's appointment on Wednesday, ASD director-general Mike Burgess said in a statement: "I’m delighted that Rachel’s agreed to return to ASD to take this important and challenging role. The cyber threat is real and Rachel is ideally qualified to confront it.”

Noble said: “I am really looking forward to returning to ASD to work with Mike and his team.

“I have always enjoyed the work of ASD and this will be the third time in my career that I have worked there. I’m delighted to be reconnecting with some of my old colleagues and making new ones too.”

Noble has previously held leadership positions in Home Affairs, Defence (including ASD) and the Department of Prime Minister and Cabinet.

“Rachel Noble possesses a formidable skillset and the new role brings together her experience in cyber, science and security,” Burgess said, “I’m particularly impressed by Rachel’s leadership qualities, which were so well displayed when she and I worked together previously to improve cyber policy across government.”

Noble worked for Optus before joining the public sector. She holds a Masters of Business Administration in Technology Management and a Bachelor of Science with Honours.

MacGibbon was said to have quit in order to capitalise on the growing market for cyber security specialists in the private sector.

There was also a view expressed in some circles that MacGibbon had left because he would be uncomfortable working with Labor's Ed Husic, who would have been handling the digital affairs portfolio had the party won the election as expected.

Husic had been critical of the way that some foreign companies like Microsoft had been granted Protected cloud status for storing top-secret government data, something which MacGibbon fiercely defended.

"The rise in number of cyber attacks on Australia’s globally renowned institutions is alarming and now is the time for government agencies and enterprise sector to come together to put up robust defences.

"Rachel’s strong experience in cyber and national security reflect the current government’s intention to lead the country in this digitally transformed economy.”

More in this category: « Now you see them... Huawei laptops reappear in Microsoft store Apple explores shifting some production out of China: report »
back to top