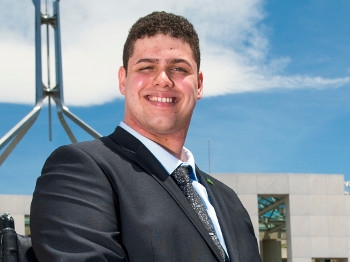 Senator Jordon Steele-John: "This is massive government overreach and I'm yet to see a skerrick of evidence to justify the need for these powers." Supplied

The Australian Greens have asked Prime Minister Scott Morrison to provide data on the potential security threats that were identified and foiled over the Christmas break as a result of rushing the government's encryption law through Parliament.

Greens Digital Rights spokesperson Senator Jordon Steele-John said the government should justify the passage of the unprecedented powers in the bill.

He made the statement after the Inspector-General of Intelligence and Security, Margaret Stone, had called for more resources to monitor and scrutinise the use of the new powers by government agencies.

In November 2018, during hearings on what is officially known as the Telecommunications and Other Legislation Amendment (Assistance and Access) Bill 2018, a number of law enforcement agencies — ASIO, the Australian Signals Directorate, the Australian Federal Police and Victoria Police — said the law needed to be passed as quickly as possible, and before Christmas, though no concrete justification was offered for this.

Later, Prime Minister Scott Morrison and Home Affairs Minister Peter Dutton told the media that they would be asking the Parliamentary Joint Committee on Intelligence and Security, which was holding hearings into the bill, to speed up the process and send the bill back to Parliament as soon as possible.

Senator Steele-John said: "Scott Morrison said he wanted to keep us all safe. Well, I want to know just how dangerous Christmas was this year for the average Australian.

"Either we've seen an unprecedented spike in suspicious activity over Christmas and New Year — as the government claimed we would — or our own security agencies have already succumbed to the the dangerous misuse and mission creep of these anti-encryption powers that the rest of us predicted!

"If our own intelligence watchdog is already calling for greater resources to monitor the use of these new powers then there can be no other explanation."

The Australian Security Intelligence Organisation appeared before the Parliamentary Joint Committee on Intelligence and Security and made its case in open committee on 26 November, with other government agencies, all of whom were pushing for the bill to become law before Parliament rose for the year on 6 December.

At that time, Duncan Lewis, the head of ASIO, had to admit that there was no specific threat on the radar of his agency. All that he could offer was that Christmas is a time when the threat is generally high.

Asked why the country's threat level could not be raised, he again was forced to admit that to do that, ASIO would have to have knowledge of a specific threat.

"This anti-encryption legislation has been condemned by the UN, the Human Rights Commission, the Digital Rights community and Australia's tech sector at large. It is a threat to the online safety, security and privacy of every single Australian," Senator Steele-John said.

"Many technology and innovation companies have already deemed Australia 'too high risk' because these laws are incompatible with the European Union's General Data Protection Regulation.

"This is massive government overreach and I'm yet to see a skerrick of evidence to justify the need for these powers. They make a mockery of our right to privacy, leave us more vulnerable to cyber espionage and permanently weaken the existing protections we all rely on to stay safe and secure online."

The bill was passed on 6 December but just 12 days later, the PJCIS said it would begin a fresh review.

The new review has asked for submissions and will submit a report by 3 April.

More in this category: « Home Affairs says encryption law amendments implemented Encryption law: definition of a computer is rather broad, say academics »
Share News tips for the iTWire Journalists? Your tip will be anonymous