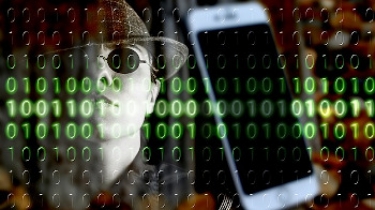 Changes to the federal encryption law which was passed in December 2018 will take nearly two years to be voted on, according to the current state of play which was made clear after the Australian Labor Party introduced a bill this week seeking to speed up adoption of the changes.

The government has indicated that it will not look at voting in any changes until the Parliamentary Joint Committee on Intelligence and Security submits what would be a third review of the law by the end of September.

The encryption law, known as the Telecommunications and Other Legislation Amendment (Assistance and Access) Bill 2018, was passed on 6 December 2018.

A review was instituted by the PJCIS as soon as the bill was passed, with a reporting date of 3 April 2019. It was expected to provide some solace to the technology industry.

But the PJCIS then kicked the issue down the road, asking the Independent National Security Legislation Monitor, Dr James Renwick, to review the law and report back by 1 March 2020.

In October, Dr Renwick said he was extending the date for submissions to his review until 1 November. At the time he made this announcement, just 15 submissions had been received.

It now appears that Dr Renwick will report back to the PJCIS only by June; the committee will then issue a report by the end of September.

Labor's shadow home affairs spokesperson Kristina Keneally told the Senate this week, during the debate on the law, that "the way the bill came before this place could not be characterised as either carefully deliberated or considered by the Morrison Government. In fact, the passage of this bill was both highly politicised and deeply flawed."

"Yet here comes Senator Keneally, condemning the whole process as somehow some great infringement of human rights, etc. Well, you can make that argument out if you want to, but what it does not overcome is the fact that our good friends in the Australian Labor Party actually supported the legislation at the time."

Greens Senator Nick McKim said Labor had initially talked tough on the legislation, "voicing their opposition and tabling five amendments in the Senate".

"But then, as we have seen before, when push came to shove, Labor capitulated and voted the bill through without even bringing on their amendments for debate and decision here in the Senate."

He said what had happened with regard to this bill was "a small but important example of the kind of problem that Labor's propensity to collapse at the first sign of political pressure from the LNP on national security matters is causing in Australian politics and the problems it is causing in our society in terms of the ongoing erosion of precious rights, freedoms and liberties."

Voting on the new Labor bill, dubbed the Telecommunications Amendment (Repairing Assistance and Access) Bill 2019, may now take place in the next sitting week, which begins on 25 February.