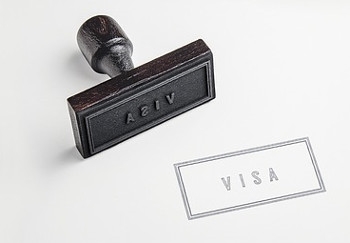 The Federal Government's new Temporary Skills Shortage visas, which have replaced the 457 visas that were being used to bring in technology and other workers from outside the country, appear to be taking a very long time to be processed if at all, sources tell iTWire.

Processing times for the TSS visas are claimed to be between 11 and 17 days, but people in the industry say that there is an interminable wait, with one source saying that applications lodged in April had not yet been processed.

Additionally, applications for the old 457 visas, made before they were stopped, are also being delayed, with one source telling iTWire that the time being taken now was between 10 and 11 months compared to the four-to-six-week turnaround that been common when it was in use. Prime Minister Narendra Modi of India, a major source of workers in the IT industry, expressed disquiet over changes to the visa system in May last year.

No-one who spoke to iTWire about the visa issues was willing to go on the record, citing fears of retribution from the government.

One source, who has been bringing people to work in Australia for nearly two decades, said that even three months after applying for a visa, they were still waiting.

This source said that inquiries made on the Immigration website only elicited the following response:

"This application has been received by the department and will be assessed." It also said that the processing would take between 11 and 17 days but that the time may change during the processing period.

iTWire has seen a screenshot of the response from the Immigration Department.

Companies seeking a TSS visa have to advertise in local media or job sites first, to ensure that there are no local candidates who are suited to fill the role in question.

One source asked: "How can the SMEs like us who are dependent on getting skilled people on time survive if we are made to wait indefinitely?"

A representative of a company that had obtained between 500 and 600 visas for overseas workers in 2017 said it had taken only between a week to a month to get each visa.

But after the TSS came in, not a single application had been processed, this individual said.

The delay appeared to be due to a lack of staff, with the reduction in staff numbers being due to an expected drop in visa applications.

The delay was not confined to any one trade or any country, the sources said.

One said that it appeared as though the government wanted to have only companies that fell into the category of Accredited Sponsors to apply.

According to an immigration website: "Accredited Sponsorship status is granted to those larger Australian employers that possess a significant, regular and ongoing need for visa sponsorship and is currently approved for a five-year duration (similar to Standard Business Sponsorship). Applications lodged by Accredited Sponsors receive preferential treatment by the immigration department resulting in faster turn-around times."

However, this source said, smaller companies would never fit into this bracket.

Cash-flow was also becoming a problem, this source said, as people lived on commissions which were generally paid after visa processing was complete and the visa was delivered.

The people iTWire spoke to also said that the delays could be a reflection of the government's attitude towards migrant workers, which they described as not exactly welcoming.

Contacted for comment, a spokesperson from the Department of Home Affairs said: "The processing times for the TSS visa are considerably shorter than for the former subclass 457 visa.

"A range of factors can affect visa processing times including application volumes, the decision-readiness (completeness) of applications received and integrity concerns.

"Subclass 457 nomination and visa applications lodged together prior to TSS implementation in March 2018 are being assessed under the framework applicable at the time of application."

More in this category: « US senators reinstate ZTE ban in defence authorisation bill Cubic to deliver new transport ticketing system for Qld »
Share News tips for the iTWire Journalists? Your tip will be anonymous