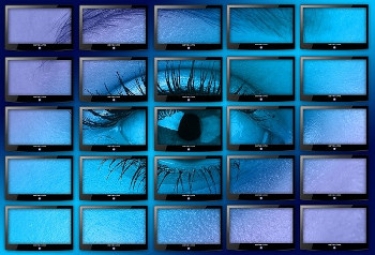 The Federal Government has presented a bill in Parliament that would give the AFP and the Australian Criminal Intelligence Commission three new warrants in order that they can handle serious criminal acts online.

The three new powers listed are:

In 2018, the government pushed through an encryption bill on the last day of Parliamentary sittings, by warning of the danger of terrorist acts during the holiday season that would need the new powers in that bill — the Telecommunications and Other Legislation Amendment (Assistance and Access) Bill 2018 — to combat such crimes. No such events occurred.

Though a number of amendments have been proposed to the encryption bill, two years on nothing has been changed, despite numerous inquiries and recommendations.

The last that was heard about proposed changes to the law was in July when the Independent National Security Legislation Monitor, Dr James Renwick, handed down a 316-page review on 30 June saying that a couple of exceptions were needed.

The current bill was introduced into Parliament by Home Affairs Minister Peter Dutton on Thursday.

"Whilst this power will not be sought for the purposes of evidence gathering, information collected in the course of executing a data disruption warrant will be available to be used in evidence in a prosecution."

Authorities would have to apply to an eligible judge or a nominated member of the Administrative Appeals Tribunal in order to obtain such a warrant.

The grounds for issuing such a warrant are:

The second category of new warrants, the network activity warrants are meant to allow the AFP and ACIC access devices and networks used to facilitate criminal activity to collect intelligence on criminal gangs operating online.

The third category of warrants will add account takeover warrants into the Crimes Act. While, at the moment, agencies can only gain control of an account with the consent of the owner of that account, the powers in the new bill will provide the means to effect covert and forced takeovers.

Agencies are expected to make half-yearly reports to the Commonwealth Ombudsman and Dutton on the use of takeover warrants, and are also required to report annually to Dutton. The latter report will have to be tabled in Parliament.

Introducing the bill, Dutton said: "As technology has changed, so too has the tradecraft of criminals. Multiple layers of technologies that conceal the identities, IP addresses, jurisdictions, locations and activities of criminals are increasingly hampering investigations into serious crimes. This includes child sexual abuse, terrorism and the trafficking of firearms and illicit drugs.

"Online anonymity, combined with less-traceable cryptocurrencies, allows criminals to trade in the most abhorrent online marketplaces with perceived impunity. But these activities are not going unchecked.

"The recently established Australian Centre to Counter Child Exploitation, working alongside the AFP and partner agencies, is targeting the depraved and hidden world of online child sexual abuse, including the pay-per-view and live streaming crime types. The AFP and ACCCE work closely with state and territory and international partners to dismantle networks of child sex offenders."

He said the existing computer access warrants which the AFP and ACIC had were "not designed to address the new threats perpetrated by the increased use of anonymising technologies by large networks of criminals operating in the online environment".

"These powers are limited to evidence gathering for particular investigations. The proposed network activity warrant will provide the AFP and ACIC with a new intelligence collection power that will enable them to build a picture of how criminal networks are operating online and inform future investigations."

Dutton did not indicate in his comments when he wants the bill passed. Next week is the last sitting week of Parliament for the year.

More in this category: « UK to invest in NEC's Open RAN in bid to diversify 5G supply chain Law Council urges govt not to rush surveillance bill into law »
Share News tips for the iTWire Journalists? Your tip will be anonymous