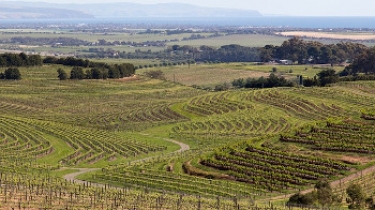 Image by Michael Baragwanath from Pixabay

Chinese telecommunications equipment vendor Huawei Technologies is continuing to try and lobby the Australian Government to reconsider the ban on the company, with a letter sent to the parliamentary Standing Committee on Communications and the Arts detailing the adverse effect that poor connectivity would have on rural and regional areas.

The missive was addressed to David Gillespie, the head of the panel, and referred to a report titled Next Gen Future – Inquiry into the deployment, adoption and application of 5G in Australia published recently. In brief, Huawei Australia said the recommendations made by the panel to enable 5G deployment in rural and regional areas did not go far enough.

The company's corporate and public affairs director Jeremy Mitchell said a broad range of issues had been covered in the report, and he was confining his letter to what he called the most critical issue: delivering 5G connectivity into regional and rural Australia.

Despite these areas of the country being the "heartbeat of our economy", with hundreds of billions being earned through exports from the agriculture and resources sectors, Mitchell said inferior telecommunications services were supplied.

"To be quite frank, unless we see some decisive action from the Federal Government in terms of investing in the deployment of 5G in rural and regional Australia then they will miss out on 5G as well," he said.

Australia banned Huawei from tendering for supplying equipment for the country's 5G networks in August 2018, but the government has never given any specific reason for doing so, apart from dark hints about "security" issues.

The US has led a campaign to get Huawei banned but even Washington has not been able to provide any specifics about claimed security issues with the company's equipment.

For its part, Huawei has denied that there are any security issues with its equipment and sought a dialogue with Canberra. But its overtures have been ignored.

In the letter, which was copied to Communications Minister Paul Fletcher and National Farmers Federation president Fiona Simpson, Mitchell said this neglect would not affect resources firms so much as they often had the means to build their own networks on their worksites.

"For example, Huawei supplied one of the world’s largest private 4G networks in the Cooper Basin for a mining company," he pointed out.

But the agriculture sector was not in a similar position, Mitchell said, pointing to the submission made to the committee by the Department of Agriculture in which it said: "“he deployment of 5G and its capacity to facilitate digital agriculture has the potential to transform the sector with precision agriculture optimising production practices and driving productivity gains.”

Mitchell also made note of the submission by WA Farmers that highlighted the fact that technologies enabled by 5G could lead to productivity gains by farmers, for example "by adopting new technologies such as Artificial Intelligence that could... enable autonomous vehicles that operate continuously and be remotely monitored".

In this context, he pointed to a Huawei-sponsored report from Oxford Economics that claimed up to three million Australians in regional and rural areas would miss out on 5G technology.

Mitchell said his company's submission to the committee had underlined the fact that the cost of deployment of 5G in the country would increase by almost a third due to the ban on Huawei which had reduced competition.

"These additional deployment costs for 5G are going to make it even more difficult to deliver 5G coverage in rural and regional Australia and it is critical that the Federal Government finds ways to lower the cost of deployment for operators," he wrote.

"Indeed, we have already seen public comments from one mobile network operator reported in industry publication Commsday making it clear that they will need to access Federal Government funding in order to fund 5G deployment in rural Australia."

Huawei backed the sharing of infrastructure to lower costs, but some others with a stake in the game might oppose it, he said.

"We also support your recommendation for wide-scale 5G trials to be deployed in regional and rural Australia in order to find out more about what kind of network design will be necessary to deliver the kind of 5G access that will actually enable our rural industries to do what they need to do online," he added.

Though the government was building the national broadband network, the speeds of 25Mbps which are the norm would be unable to support industrial applications that the agriculture sector needed, Mitchell claimed.

"At present there is no plan on the table to deliver truly nationwide 5G and – as noted above – mobile network operators have already made it clear that without Federal Government funding that they will not be able to deliver such an outcome," he said.

"At Huawei we have already seen how 5G technology has enabled farmers in markets like Switzerland and South Korea transform their operations and become more productive – these are competitors to our own farmers and we need to make sure they are playing on a level playing field."

More in this category: « US pollies seek Juniper case details in fight against encryption law US pollies push bill to bring back semiconductor manufacturing »
Share News tips for the iTWire Journalists? Your tip will be anonymous