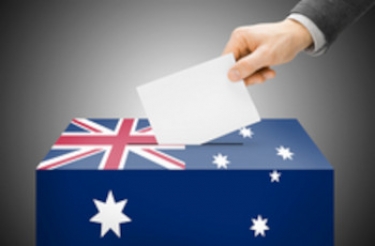 The Federal Government plans to introduce laws that will make it compulsory for Australians to produce identification in order to vote at the forthcoming federal election and thereafter.

The laws are planned to be introduced into Parliament today (28 October). Special minister for state, Ben Morton, is listed in the Hansard for Wednesday as being scheduled to "present a Bill for an Act to amend the law relating to Senate elections in respect of scrutiny. (Electoral Legislation Amendment (Assurance of Senate Counting) Bill 2021)".

The laws would require the presentation of documents ranging from a driver's licence or Medicare card, to letters from government agencies, utility bills or statements from the individual's bank, The Age reported.

Integrity in politics is a far more pressing issue than voter identification integrity and yet @ScottMorrisonMP deliberately puts the latter ahead of the former. Even his Government’s priorities are corrupted. #FederalICACNow #auspol https://t.co/yZRDXtmBT8

One Nation senator Malcolm Roberts presented a voter ID bill during the current sitting period, but it was unanimously rejected by both the Coalition and Labor.

In December, Senator James McGrath, the Liberal head of the Joint Standing Committee on Electoral Matters, listed the introduction of voter ID as one of the recommendations from a study into the conduct of the 2019 federal poll.

The recommendation read: "Voter ID should be introduced for all voters with savings measures similar to provisional votes. Likewise, all electoral enrolments, whether new or changes should require proof of ID."

It should be noted on the Voter ID issue that international comparisons are with countries that have voluntary voting. There is much more scope to rorting elections by voting in someone else's name when turnout is 60% rather than 90%

On Tuesday, the Australian Electoral Commission informed Senate estimates it had found 2100 instances of multiple voting at the last federal election, which works out to roughly 0.01 per cent of votes cast.

Opposition leader Anthony Albanese told The New Daily that the government was trying to weaken democracy.

“This will drive people apart, pitting Australians against each other, just like we’ve seen [Donald] Trump do in America,” he said.

“There is no evidence this is needed. It is a disgraceful proposal from the Morrison-Joyce government which is out of touch and out of sync with Australia’s democratic electoral traditions.”

Labor MP for Oxley, Milton Dick, said there had been reports a joint party room of the Liberal and National parties had agreed on the voter suppression laws to be brought in before the next election.

"I sit as a member of the Joint Standing Committee on Electoral Matters and this issue has been litigated and prosecuted there. Not one bit of evidence has been presented before the joint standing committee regarding bringing in voter ID laws," he said on Tuesday.

"We saw this in my home state in Queensland when Campbell Newman was in charge and he tried this US-style voter suppression trick. We just saw the crocodile tears from members of the opposition regarding an important piece of Indigenous legislation: well, who do voter suppression laws have an impact on? Indigenous and First Nations members of our community; the poor, the vulnerable and the people who don't have identification."

The House will sit today, after which there are another eight days of sittings for both houses of parliament before the end of the year. The calendar for 2022 has not yet been published.

More in this category: « US demand for chip firm data aimed at benefitting Intel: claim TSMC founder questions US move to rebuild chip supply chain »
Share News tips for the iTWire Journalists? Your tip will be anonymous