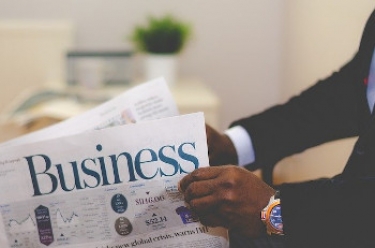 Search giant Google has agreed to comply with a French ruling that it must pay publishing companies and news agencies for re-using content they produce, a report says.

The decision was made after a complaint by unions who represent French publishers, the news agency Reuters reported. In 2019, Google had agreed that its search results would not display news clips from European publishers to French users in keeping with a new copyright regulation.

But this was not deemed sufficient by the French organisations who then made their complaint, resulting in Thursday's preliminary ruling. A more detailed ruling is expected later.

This followed an inquiry by the competition watchdog, the Australian Competition and Consumer Commission, the results of which were made public in July 2019 after the report was handed to the government in June.

If the ACCC is unable to work out a voluntary code with the digital platforms by November this year, then the government has said it "will develop alternative options which may include the creation of a mandatory code".

However, this process may be delayed by the coronavirus pandemic, which has put many operations on ice.

France has been in the forefront of efforts by European countries to tax digital platforms. In January last year, it hit Google with a with a €50 million (US$56.8 million) fine by the French National Data Protection Commission (CNIL) for violations of the General Data Protection Regulation.

And in July 2019, France announced a 3% tax on technology giants like Google, Facebook and Amazon, with the country's lower house of parliament voting to adopt a law that prevents multinationals from avoiding taxes by setting up headquarters in low-taxing EU countries.

More in this category: « AIIA urges govt not to pass changes to R&D tax incentive Govt says digital platforms will have to pay for using local content »
Share News tips for the iTWire Journalists? Your tip will be anonymous