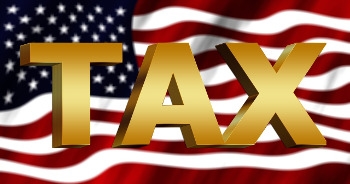 Google's Paris offices have been raided by authorities who are pursuing the company for a reported €1.6 billion in unpaid back taxes.

Many countries, including Australia, have expressed concern over the tax arrangements made by huge American multinational technology companies like Google, Apple and Microsoft, in order to avoid paying the correct amount of tax for their earnings in countries outside the US.

In the UK, for example, Google was until recently paying tax in Ireland for sales made in the UK. A deal that allowed Google to pay an extra £130 million in tax to make up unpaid tax since 2005 was described by the UK Public Accounts Committee as "disproportionately small".

Last year the heads of Google, Microsoft and Apple appeared before a Senate committee which was inquiring into their tax structures and seeking to understand why they steadfastly refused to pay what they had to under the law.

Google is facing issues on more than one front at the moment. The Paris raids come amid reports that the EU will hit the search giant with a massive €3 billion fine for using unfair tactics to dominate the search engine market.

And in California, Google is battling database giant Oracle in a trial to avoid paying damages for using more than 11,000 lines of code from Java in its Android mobile operating system.

The Paris raid follows the EU's announcement of plans to force firms to reveal details of their tax affairs. These new rules will make it compulsory for firms doing business in any EU jurisdiction to specify the amount of tax paid in each EU nation. They will also be required to come clean about activities carried out in tax havens.