Google not to renew drone work, but no assurance on future deals Featured 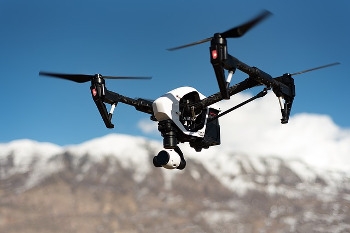 Google has told its staff that it will not renew its deal with the Pentagon to work on Project Maven, a project which provides the military with AI technology to better identify images on the battlefield.

But the company gave no assurance that it would not get involved in similar projects in the future, The Intercept  reported.

The company said it would work on Maven until the end of 2019, but the 18-month-old contract would not be renewed.

The announcement was made by Google's cloud chief Diane Greene, at a Friday morning all-hands briefing known internally as the weather report".

Google is trying to win a US$10 billion cloud deal with the Department of Defence which is to be awarded before the end of the year. However, many of the company's employees believe there would be strong objections to providing cloud services to support combat operations.

The company got involved in the Maven project due to its close connections with the Defence Innovation Board through Eric Schmidt, the former chairman of its parent company, Alphabet.

Schmidt was appointed as chairman of the Board in March 2016.

Last week, leaked emails from Google showed that Project Maven would have earned the company up to US$250 million a year, much above the US$15 million figure that was initially made public.

A month after news of the project became public, the Pentagon provided another US$100 million towards the program.

More in this category: « ZTE may pay fine of US$1.7b to start trading again Research grants offer up to $50,000 for Aussie innovators »
Share News tips for the iTWire Journalists? Your tip will be anonymous