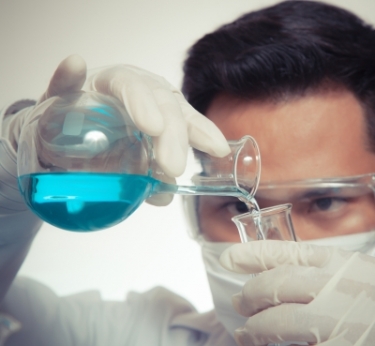 Australia’s peak body for science and technology, Science & Technolgy Australia (STA), fears the permanent loss of talent from the country’s research system and has called on the Federal Government to staunch the "hemorrhaging" of talent in the wake of thousands more job cuts just announced by universitities.

Science & Technolgy backed up its concerns by renewing a call for the Government to extend JobKeeper to university staff across the country, citing the news that more major universities in recent weeks, have evaluated the ongoing impact of the pandemic on their economic viability and announced plans for further major job losses.

Including casual, contract and permanent jobs, the scale of the job losses across the Australian university sector is profound,” Science & Technology said in a statement issued on Thursday, adding that “it is estimated RMIT may lose more than 1,000 jobs, the University of NSW is expected to cut 749, Monash University has announced losses of 277 jobs, and the Australian National University over 460.”

“Those kinds of things could be multi-decade consequences of what’s happening now,” he said.

Science & Technology Australia President Associate Professor Jeremy Brownlie said the impact of the losses would be devastating for the nation’s research system – and urged the Government to step in now with an emergency bridging package until international students can return.

“All this year, we have feared the pandemic would result in the loss of hundreds of talented scientists and researchers from the sector – now those fears are becoming a grim reality,” he said.

“If Australia loses this science, technology, engineering and maths talent, the danger is we may never get them back into our research system to work on the next set of cures, breakthroughs and lifesaving treatments.

“There is no longer any uncertainty that the university sector is under immense threat, and that urgent action is needed to protect Australia’s long-term research and innovation interests.”

Science Australia cites a Rapid Research Information Forum report in early May that predicted up to 21,000 jobs could be lost at Australia’s universities over the next six months – including 7,000 in research – due to the pandemic.

Science & Technology Australia Chief Executive Officer Misha Schubert said there was a strategic interest for the nation to safeguard Australi'a's STEM research and teaching workforce through the current crisis.

“This is not just about the university sector – the impact of these jobs being lost is going to be felt right across our community and our economy,” Schubert said.

“Government can still act now to avert these job losses being added to the thousands of jobs already lost. Keeping these jobs will be crucial to Australia’s economic recovery out of the pandemic.

“JobKeeper payments would be a lifeline to Australia’s research sector, and without them, the consequences are likely to be felt for decades to come.”

STA has also proposed a one-off boost to the Research Training Program which funds postgraduate research students, who make up more than half of Australia’s university research workforce.

More in this category: « Government to invest $1.9 billion in new, emerging technologies US will need to invest up to US$50b to increase share in chip manufacture: study »
Share News tips for the iTWire Journalists? Your tip will be anonymous