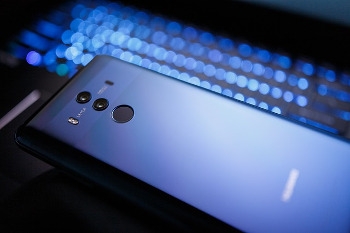 The US Federal Communications Commission has unveiled a formal plan to block subsidies to Chinese telecommunications companies Huawei and ZTE for gear supplied to rural and small carriers.

On Sunday, iTWire reported that this action was a possibility. The FCC move comes after Republican senators Tom Cotton of Arkansas and Marco Rubio of Florida introduced a bill in February to block the federal government from buying or leasing telecommunications equipment from Huawei or ZTE.

FCC chairman Ajit Pai said in the proposal on Monday that the organisation sought to bar the use of money from the Universal Service Fund to purchase equipment or services from companies that pose a national security risk.

The Fund is made up of small amounts paid by telephone subscribers along with their monthly bills.

On Friday, Pai had indicated whom he meant, by releasing a letter that had been sent to lawmakers on 20 March, saying he shared concerns about espionage threats from Huawei, adding that he intended to take action.

In the proposal released on Monday, Pai said: “Threats to national security posed by certain communications equipment providers are a matter of bipartisan concern. Hidden ‘back doors’ to our networks in routers, switches — and virtually any other type of telecommunications equipment — can provide an avenue for hostile governments to inject viruses, launch denial-of-service attacks, steal data, and more.

"Although the FCC alone can’t safeguard the integrity of our communications supply chain, we must and will play our part in a government- and industry-wide effort to protect the security of our networks.

“That’s why I’m proposing to prohibit the FCC’s US$8.5 billion Universal Service Fund from being used to purchase equipment or services from any company that poses a national security threat to the integrity of communications networks or their supply chains.

"The money in the Universal Service Fund comes from fees paid by the American people, and I believe that the FCC has the responsibility to ensure that this money is not spent on equipment or services that pose a threat to national security.

"On 17 April, I hope that my fellow Commissioners will join me in supporting this important proposal to help protect our national security.”

Huawei was contacted for comment. A company spokesperson told iTWire: "We have no comment to make on this matter."

In December, President Donald Trump signed a bill to ban Huawei and ZTE equipment from nuclear weapons systems in the US Defence Department. Last month, Trump also banned a takeover of US processor maker Qualcomm by Singapore-based Broadcom because of national security concerns; Huawei's ties to Broadcom were mentioned as a concern.

In the most recent US move against Huawei, multinational electronics corporation Best Buy said it would no longer stock the company's smartphones.

This comes after AT&T in January cancelled a deal to start selling Huawei smartphones on its plans and Verizon took the company's devices off its shelves.

More in this category: « New US law gives govt access to data stored abroad Senate passes motion not to water down encryption »
Share News tips for the iTWire Journalists? Your tip will be anonymous