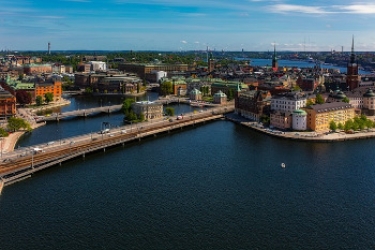 It may take some time to digest this, but the the head of Sweden's telecommunications equipment vendor, Ericsson, is lobbying the government to lift ban on his main competitor, China's Huawei.

Börje Ekholm has been texting the Swedish Trade Minister Anna Hallberg to try and lobby the government to talk to the country's telecommunications regulator, according to Swedish daily, TheLocal.

In October 2019, Sweden became the second European country, after the UK, to openly say that it would not allow the use of gear from Huawei and fellow Chinese supplier ZTE Corporation in its 5G networks.

A statement issued by the Swedish Post and Telecom Authority at the time said four companies — Hi3G Access, Net4Mobility, Telia Sverige and Teracom — had been approved for participation in the 3.5 GHz and 2.3 GHz auctions, with the former set to start on 10 November.

Huawei appealed against the decision and the Stockholm administrative court said on 9 November that certain parts of the PTS decision would not apply.

But later PTS said it had been in touch with the participating companies and would go ahead with the auction, even though the proceedings would be examined by legal authorities.

Ekholm was quoted as telling the daily Dagens Nyheter in an interview that he feared retaliation from China if Huawei was locked out of the Swedish 5G networks.

“China accounts for eight percent of our revenue. For us it has been a strategically important issue to be present in China,” he was reported to have said.

Ericsson gets only 1% of its revenue from its home country. Ekholm told Hallberg: "At the moment Sweden is a really bad country for Ericsson."

He added that the PTS decision “excludes our Chinese competitors in a way that no other EU country has done".

“Our soul is in Sweden, it’s Ericsson’s base. But if Sweden doesn’t support free trade it is a complication for us,” he said, noting that “we make 99% of our turnover outside Sweden".

Ericsson's business came under a cloud in July last year when the US Department of Defence released a list showing that its Chinese partner, Panda Electronics Corporation, had links to the Chinese military.

More in this category: « New China by-law takes a page out of the American playbook US revokes some licences issued for sales to Huawei, to deny others »
Share News tips for the iTWire Journalists? Your tip will be anonymous