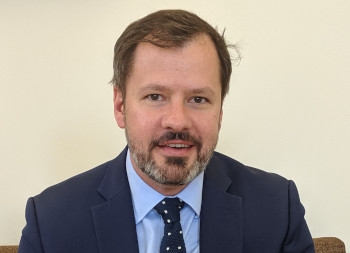 Ed Husic: "We've said consistently since December last year that we wanted to see the recommendations of the bipartisan parliamentary committee into the encryption bill reflected in the law." Sam Varghese

The Australian Labor Party has ruled out repealing the encryption law that was passed last year if it is elected, but says it will speedily incorporate the 170-odd amendments that were drafted, but not included in the law.

Labor's Shadow Minister for the Digital Economy Ed Husic told iTWire in Melbourne on Monday that the government had pledged to include the amendments as soon as parliament resumed sitting this year.

"We've said consistently since December last year that we wanted to see the recommendations of the bipartisan parliamentary committee into the encryption bill reflected in the law," he said.

A review instituted by the Parliamentary Joint Committee on Intelligence and Security as soon as the bill was passed on 6 December last year, with a reporting date of 3 April, was expected to provide some solace to the technology industry.

But the PJCIS kicked the issue down the road, asking the Independent National Security Legislation Monitor, Dr James Renwick, to review the law and report back by 1 March 2020.

"The government said it would do that. We had an understanding that those [the amendments] would go through; they didn't and we are committed to reforming the bill along the lines of what's been recommended," Husic said.

Asked if anything could be done to extricate those who got caught up by the law in the interim, Husic said this concern had been communicated to him by people within the tech sector.

"[These are] people who are actively considering ways to shield themselves, either by relocating data or relocating operations. They simply don't see the risk, compared to what the market is worth, is worth that cost and they're saying to me that they'll relocate. We need to get these laws fixed." 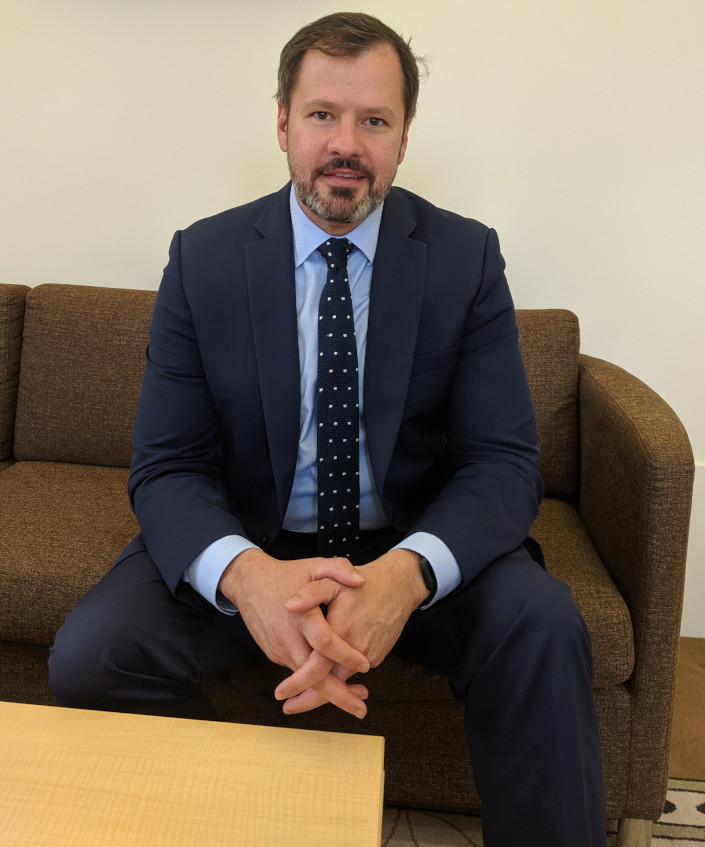 Ed Husic has vigorously defended Labor's plan to set up a blockchain academy at a cost of $3 million. Photo: Sam Varghese

He said in the interim, if anyone was caught in the dragnet of the law, they would have to "basically follow the letter of the law as it currently stands".

"That's why I think there's a sense of urgency. We need to amend these laws because companies and individuals working for them shouldn't be put in that position to deal with a law that parliamentarians have have observed is deficient in key areas and needs to be fixed."

When it was pointed out to him that many experts who had commented on the law before it was passed had said that the only way to make it work was to repeal it and start from scratch. Husic said he did not think there would be any move to repeal the entire law.

"Our view is that, based on the advice we've received through a very thorough process, the amendments that have been proposed can achieve balance. We can do through amendments the type of things we need to see, particularly with respect to judicial oversight, and to change some of the really heavy-handed elements of the law."

Asked about what plans Labor had to increase the percentage of women in the tech industry, and whether it would consider quotas as it had for its political party, Husic said: "We think that having diverse businesses is good for business. If you bring on people with a broad range of skills from different backgrounds it has been demonstrated as being good for business. So we want to work with business to make sure that happens as in the announcement we made today."

He was referring to a pledge made on Monday to offer 5000 fee-free TAFE places to ICT students and ensuring that half of the places went to women. "We need to start the process of dealing with the gender imbalance that exists in the sector," Husic said. "While we're keen to work with industry on that, you know, we're not ruling things in or out. We haven't contemplated a quota system, but you can imagine the calls for such an arrangement will grow stronger if the sector doesn't address it.

"But my dealings with various companies within tech is that they acknowledge it's an issue. They want to deal with it. Some of them are tracking performance, which is good because it means that if you've got the metrics you've got a clear picture of what's going on and you can measure if the proposals put in place to deal with it are actually working. So there is, I think, a commitment to do it, but we've got to see better results and if we don't, I think people will call for quotas."

Husic vigorously defended Labor's election promise to allocate $3 million for a blockchain academy in Perth, when it was pointed out to him that the tech research firm Gartner had predicted that 90% of blockchain-based supply chain initiatives would suffer what they called blockchain fatigue by 2023.

"Sometimes I get the feeling that the people who dismiss blockchain, it's almost akin to people saying why do I need the Internet when I can fax you?" he said. "You know, the reality is that technology is evolving. I haven't, you know, just decided out of the blue to support blockchain just because I woke up one morning and thought it was good. I'm watching what's happening.

"It was used as a platform for the emergence of cryptocurrency, but beyond that you can see the ASX starting to actively contemplate the use of blockchain within their operations. So in the Australian context, you know, if you've got the Australian stock exchange prepared to change its trading system and use a blockchain-based platform to do so and you can see how advanced they are in the development of that, it sends a signal to you that the technology has been taken seriously.

"Just as it is when Data61 examine the potential use of blockchain and they go through some of the scenarios that you pointed out. They have also identified there is a risk as there is with any new technology. I don't see this as a panacea. I don't see it as the next gold rush or anything like that.

"What I am saying is that when you look in different parts of the world, or when you look locally, people are taking the tech seriously and if we want to consider a wider application of the tech we need the skills to be present and that's why we made the announcement about the blockchain academy. Talking to fintechs and knowing some of the firms in WA that are using blockchain as as a key part of their offering and their operations, you know, it's better for us to think ahead about this.

"And I'm also surprised when people are sort of questioning us moving into this space because I contrast it with the regular criticism of government which is, how come government cannot think ahead and the moment we think ahead, they go, 'Oh we don't need to do that because there's something here already'. You know, you're damned if you do and you're damned if you don't."

Husic said Labor was putting forward the preparedness to invest. "We've seen what others are doing and we said to the industry they need to stump up as well. Like this won't be just underwritten entirely by government. We see industry stepping forward to make things like the blockchain academy work and we'll see where it goes from there."