Encryption law: 40% of firms say they have lost sales after passage Featured 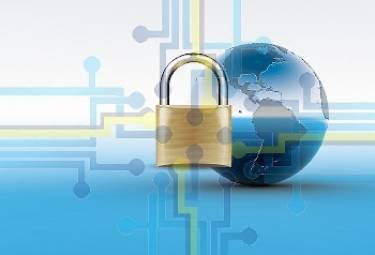 Two-fifths of the respondents to a survey about the encryption law passed by the Coalition Government last year say they have lost sales or other commercial opportunities as a result of the law being in place.

The survey, carried out by the public policy and business innovation website InnovationAus in collaboration with the telecommunications lobby group Communications Alliance, the IT industry lobby group ITPA and StartupAUS, also found that 61% of the respondents had been advised of concerns around the bill by either domestic or international customers.

Conducted from 5 December to 12 December, the survey received input from a total of 70 respondents. Among these 42% were either founders, chief executives or managing directors, 10% developers and 5% legal staff. Nearly 70% of the companies covered were technology firms headquartered in Australia, while 10% were multinational technology firms.

Among the industries covered were software and software-as-a-service (33%), communications (14%) and cyber security (14%).

Practically all respondents said their assessment of the impact of the law on the reputation of Australian tech firms in the global market would be negative, with 51% said it would be "very negative" and another 44% choosing "somewhat negative".

While 3% were neutral on this question, not a single respondent said the law would have anything close to a positive iimpact

The law, officially known as the Telecommunications and Other Legislation Amendment (Assistance and Access) Bill 2018, was passed on 6 December 2018, after a number of hearings conducted by the Parliamentary Joint Committee on Intelligence and Security. Several amendments were proposed but none were adopted before the Labor Party voted along with the government to pass the bill.

Soon after, a review of the law by the PJCIS was announced with a reporting date of 3 April. But the only thing that this committee did was to put off any decision on amendments, instead asking the Independent National Security Legislation Monitor Dr James Renwick to review the law and report back by 1 March 2020.

Half the respondents to the survey said their businesses were directly affected by the law, with another 25% indirectly affected. Fifty-seven percent said they were less likely to carry out development work in Australia after the law took effect, with 30% saying the law had no effect on a decision of this nature.

A shade more than half (51%) of respondents who represent industries with development operations within the country said they were less likely to hire technical workers for their local setups. A further 40% said there would be no change on this score.

The survey question that garnered the most responses was what question Dr Renwick should be asking, and of whom, during his review. One asked: "Why is it unacceptable for other nations, such as China, to force their legally domiciled companies to spy for them – but when the Australian Government does it, it's okay?"

Another queried how much "jurisdiction shopping" — companies trying to move operations offshore — had occurred since the bill was passed, and suggested that this be asked of "technology companies based in Australia looking to sell their software or hosting services internationally".

And a third posed a curly query: "How can we guarantee to our customers that their data held in Australia is safe?"

InnovationAus publisher Corrie McLeod said the survey was meant to give Australian industry a voice to share insights into the law's impact.

“Given the nature of the legislation, it can be very difficult to get a good picture of the impact of the law on the Australian tech industry," she said.

"We’ve seen throughout the consultation process, and the weeks and months following the passing of the bill, that many organisations directly affected by the legislation were concerned about speaking publicly on the negative impacts.

“Encrypted communication is a huge issue for law enforcement and the balance between the privacy of citizens and effective policing of criminal activity is top of mind for governments, technology companies, citizens and privacy organisations all over the world.

“These are not straight-forward challenges. The purpose of this survey is to inform the discussion about the impact of the legislation on the Australian tech sector and provide the view from our industry.”

The full survey can be accessed here.

More in this category: « Australian classification regulations under review by Government Italy to levy tax on digital firms from 2020 »
Share News tips for the iTWire Journalists? Your tip will be anonymous