eInvoicing could save Australia $7-$10 billion annually 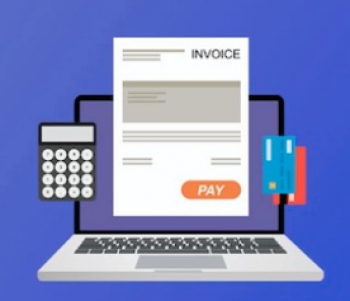 The Australian Government is to review cost and benefit adoption of eInvoicing according to recent budget papers.

The Digital Business Council (Council) is an industry driven initiative of peak industry bodies, technology providers and Government Agencies. Council was formed to oversee the definition of a national framework of standards for exchanging data between software solutions with an initial focus on eInvoicing.

On 11 April iTWire reported on the Australian small to medium enterprise consultation phase and now it’s the Federal Governments turn.

The eInvoicing project is predicted to transform the Australian economy with an estimated $7-$10 billion a year, the Federal Government has agreed to undertake a detailed Cost and Benefits Study on widespread government adoption.

The announcement supports the work currently underway by Council targeting publication of an eInvoicing Interoperability Framework on 1 July 2016 and enhances the considerable efforts already underway in the business community to promote and adopt eInvoicing. Council is encouraged that Government, as a business, has also recognised the potential benefits of eInvoicing, especially now that an open framework of standards is being developed.

‘Council sees the adoption of eInvoicing as a critical first step to digitising the full procure-to-pay process. The budget statement confirms that we are progressing down a sensible, positive path for economy-wide benefits’, said Peter Strong, co-chair of the Digital Business Council.

Government expenditure accounts for approximately 22% of overall GDP. The Budget Line, found on page 150 in Budget Paper Two (see below), says the Study will identify how the Government can unlock the potential for eInvoicing to improve government efficiency. Broader adoption of eInvoicing with State and Territory and local governments will also be considered in the Study.

The Minister for Small Business and Assistant Treasurer, Kelly O’Dwyer said that the study is expected to benefit small businesses as they will spend less time entering invoice data for government and more time developing and growing their business.

‘Government adoption of eInvoicing not only has the potential to save government agencies time and money, but also means that each of their business partners, including small business, can uncover significant productivity benefits’, said Strong. ‘eInvoicing is cheaper, faster and more efficient than traditional paper-based invoicing. The time and money saved using eInvoicing allows a business to allocate those resources to areas that will enable further business growth’.

eInvoicing is a broadly used term covering the automated exchange and processing of invoice-related documents between suppliers and buyers in a structured electronic, or digital, format.

The eInvoicing Interoperability Framework is a set of standards that will provide certainty on how a prescribed set of established open standards can be used to extend eInvoicing to all Australian business, including the government.

The Government will undertake a detailed study into the costs and benefits of adopting electronic invoicing (eInvoicing) by the Australian Government. The study will help the Government identify the feasibility of eInvoicing and how the Government may best unlock the potential for eInvoicing to improve government efficiency.

Broader adoption of eInvoicing with State and Territory and local governments will be considered in the study.

The cost of implementing the measure will be met from within the existing resources of the Australian Taxation Office.

This measure builds on the Government’s Fintech Statement released on 21 March 2016.

Other key elements of the Transforming Government reforms

Public sector savings — shared services. The Government is realising efficiencies within the 2016-17 Budget from reforms that directly target specific areas of inefficiency within the corporate areas of agencies. The Government will build upon the $40.9 million in targeted savings delivered through the Shared and Common Services Program in the 2015-16 Mid-Year Economic and Fiscal Outlook (MYEFO) by further consolidating the provision of common corporate services to a small number of shared service centres and thereby driving efficiencies through economies of scale. Opportunities to modernise business processes, including through the adoption of whole-of-government electronic invoicing, will be assessed as the Government is committed to putting an increased focus on leveraging economies of scale, standardisation and performance. Efficiencies should allow agencies to reallocate resources to functions better aligned with the policy priorities of the Government.