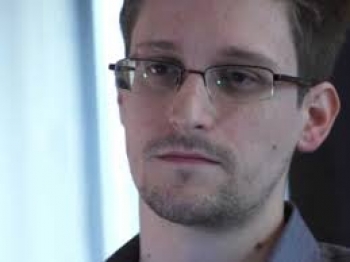 Edward Snowden the former Booz Allen Hamilton contractor who blew the whistle on the NSA for spying on US citizens is hoping to embark on his own The Flight of The Phoenix from Hong Kong to either Iceland or Ecuador with the help of Wikileaks. If the US has any say in this the flight will never get off the ground. However, he may already be out of Uncle Sam's reach.

In the 1964 novel The Flight of the Phoenix and movies of the same name a group of men who survived a plane crash in the Gobi desert cobbled together a much smaller improvised aircraft out of what was left of the first plane in a bid to escape certain death. The Phoenix is a mythological bird in many ancient cultures. Near the end of its life the Phoenix builds itself a nest of twigs that then ignites in flames to be reborn anew to live again in a new life.

Snowden, who now has a US arrest warrant hanging over his head, has already thwarted the US authorities and caused a diplomatic row by legally fleeing Hong Kong and landing in Russia, where he is currently in-transit awaiting an onward flight toward his final destination.

With the help of Wikileaks, Snowden is reportedly in asylum discussions with Ecuadorian officials in Russia. However, Iceland has been mooted as another possible final destination, where Snowden is hoping to build a new life in a 'democracy'. Snowden turned 30 on Friday and he is hoping that this will be his birthday present.

Former head of Wikileaks partner DataCell Olafur Sigurvinsson has access to planes and is ready to fund a flight to rescue Snowden (DataCell process WikiLeaks payments). WikiLeaks founder Assange is also thought to be funding the flight.  The plane is believed to belong to a Chinese airline and the charter would cost US$240,000. A fund is also underway in the US by the Progressive Change Committee to help with Snowden's legal fees and a spokesman Matt Wall said US$20,800 has been raised. "Everything is ready to go on our side and the plane could take off tomorrow. We have done all we can do. We have the plane and all the logistics in place. Now we are waiting a response from the (Icelandic) government," said Sigurvinsson.

One glitch in an Iceland plan would be that Snowdon must present himself to Icelandic authorities on their soil. Iceland's government voted in 2010 to make Iceland a safe haven to journalists and whistleblowers but that does not mean it's a clear path for Snowden. Interior Minister Hanna Kristjansdottir said the government does not feel bound to the 2010 resolution. "The resolution is not part of the laws that apply to asylum seekers' She told public broadcaster RUV. Also the Pirate Party representative and lawmaker Birgitta Jonsdottir which campaigns for Internet freedom said "the only way for Snowden to travel to Iceland would be (to gain) Icelandic citizenship."

Sigurvinsson said "it was unlikely that Snowden would travel to Iceland without receiving a green light from the government in Rekjavik." This was also confirmed by Johannes Tommasson, the chief spokesman for Iceland's Ministry of Interior in Reykjavik.  Snowdon did not fly to Iceland originally as he felt the US could pressure the Icelandic Government before his plight was highlighted to the international community. Some  observers believe that Iceland's new centre right coalition may be less willing to anger the US than its leftist predecessor. Snowden would have walked in to the Icelandic embassy in Hong Kong although Tommasson said it appears the flight to Iceland may be the better strategy as it may suit the asylum-application process, Tommasson said Snowden hasn't approached the ministry and could initiate an asylum request if he was in Iceland.

Ecuador, however, has already established its political asylum seeker credentials and with the latest reports of Ecuadorian Embassy limousines spotted visiting Snowden at Moscow Airport after he touched down, the Central American state is starting to look the more likely prospect.

Meanwhile the US is using everything at its disposal legally and perhaps otherwise to get Snowden back to the US. Ironically Snowden was in many respects following President Obama's 2008 vision that 1998 Whistleblowers Protection Act had a key role in supporting many National goals including against theft, government wastage and national security issues.

Previous whistlebower targets have met a very unfortunate fate in spite of Obama signing the Whistleblower Act. In recent days (June 18) Rolling Stone journalist Michael Hastings died in a fiery car crash only hours before contacting a WikiLeaks lawyer saying that he was under investigation by the FBI. in his final article, on June 7 in the publication BuzzFeed, Hastings reported that the National Security Agency was collecting large quantities of phone and Internet information. "Perhaps more information will soon be forthcoming," his article said.

Time will tell whether Snowden also goes down in flames or is able to rise from the ashes like the legendary Phoenix in his quest for freedom.

More in this category: « AIIA goes in to bat for 457 visas Link between gun violence and video games disputed »
Share News tips for the iTWire Journalists? Your tip will be anonymous