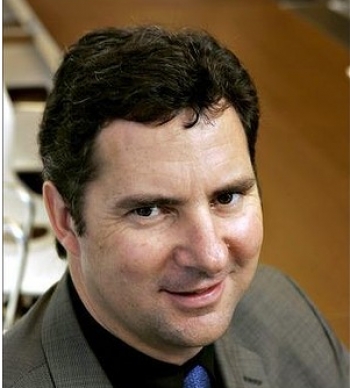 Australia's peak scientific body the CSIRO has appointed a renowned tech entrepreneur and defence science specialist as its new CEO.

The announcement of Dr Larry Marshall, who is replacing current Chief Executive Dr Megan Clark as CEO next year, was made by the Chairman of the CSIRO Board Simon McKeon today.

“Dr Marshall has an impeccable record as a scientist, a technology innovator and business leader,” McKeon said.

“His wealth of experience in developing and applying science and technology makes him an excellent fit.

“The Chief Executive of CSIRO is probably the most important position in national science administration, so we conducted an extensive global search for an innovative scientist with strong business leadership qualities, and more than 70 candidates were considered.

“Dr Marshall combines commercial and scientific credentials with extensive global experience, making him the world class leader we were seeking for CSIRO.

"The Board is confident that Dr Marshall will lead CSIRO in a manner which ensures that it continues to provide advice of the highest quality to Government as well as provide best practice collaboration with the private sector."

McKeon thanked current Chief Executive Dr Megan Clark for her leadership of CSIRO for the past six years.

Clark will leave CSIRO at the end of December this year.

“Dr Clark leaves CSIRO with a legacy to be proud of, most notably for her long term commitment to the global competitiveness of Australian science through the establishment of research precincts; and to major knowledge infrastructure projects such as the new research vessel,” McKeon said.

Larry Marshall will join CSIRO in January 2015, and joins the CSIRO at a time when the federal Coalition government is "attacking" science and IT with its budget.

There is currently not Minister for Science, and the CSIRO itself will lose 10% of its staff as a result of the budget.

Founded in 1926, the CSIRO employs over 6,600 people and notably invented WiFi, as well as the insect repellant found in Aerogard.

He was educated at Macquarie University (Sydney) where he took a doctorate in physics, and began his career in the Defence Science and Technology Organisation.

Dr. Larry R Marshall is Managing Director of Southern Cross Ventures, a venture capital firm based in Silicon Valley, Shanghai and Sydney, specialising in growing Australian technology companies in Asia and US. He has a longstanding partnership with SoftBank China, China’s most successful VC firm, and co-manages the Renewable Energy Fund, founded in 2012, with them. He has lived in the US for 25 years and founded and/or was CEO of Light Solutions, Iridex , Iriderm, Lightbit, Translucent, AOC, Arasor, and the Renewable Energy Fund; driving two of them to successful IPOs.

Larry began his career as an engineer with a PhD in Physics and over 100 publications and presentations; He became an inventor, with 20 patents protecting numerous commercial products generating over $200M in revenue; then became an entrepreneur, raising over $100M in funding and creating companies with over $1B in market cap, and now an investor with $400M under management. He has served on 20 boards of high tech companies operating in US, Australia and China.

Larry is currently on the boards of Mocana, Quantenna, Wave, Nitero, SBA, Advance, SXVP, REVCF, Laser Focus World and serves as Chairman of RIO, Crossfiber and Advance Innovation. He is co-Chairman of Blackbird and Brismat. He is a passionate supporter of Australian innovation and Australian entrepreneurs.

More in this category: « Government mandates cloud computing Industry body says Year 9 too late to learn tech »
Share News tips for the iTWire Journalists? Your tip will be anonymous