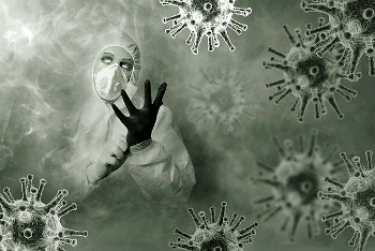 Image by Syaibatul Hamdi from Pixabay

Questions have been raised over the fact that the American cloud provider Amazon Web Services, which was given a Federal Government contract to store data collected by the government's COVIDSafe app, is using a data centre in Sydney which is fully owned by a Chinese company.

Labor MP Ed Husic, who raised the issue on ABC News' afternoon briefing on Tuesday, said he had been informed that the Australian Signals Directorate was also concerned about this aspect of AWS' functioning in Australia. His comments were first reported by the website InnovationAus.

The data centre in question is Global Switch and the Department of Home Affairs, which awarded the contract to AWS in a tender process that was limited to just the company itself, has been pushing other government departments to move their data from the same centre.

As iTWire reported last month, Home Affairs has set a September deadline for the ATO, Foreign Affairs and Trade, Defence, the Australian Taxation Office and the Australian Securities and Investment Commission to move their data from Global Switch to another company.

iTWire has contacted Home Affairs for its take on the awarding of the contract to AWS, given the circumstances surrounding the deal.

There are three Australian firms which are at the same standard as AWS when it comes to storing top-secret Australian Government data: Vault, Macquarie Government and Sliced Tech. None of them were asked to participate in the tender.

Aldersgate Investments, the parent company of Global Switch, owns two data centres in Ultimo where it stores classified Australian Government material, including sensitive Defence and intelligence files. Both these data centres have secure gateways certified by the ASD and can be used for secure access by government offices.

Investors in Aldersgate are said to have been brought together by Li Qiang who owns Daily Tech, a leading data centre company in China. The main investor was the Jiangsu Sha Steel Group, China's largest private steel enterprise. Elegant Jubilee gained full ownership of Global Switch in August last year.

Relations between Australia and China are at an all-time low at the moment, with the Foreign Minister Marise Payne seeking a probe by the World Health Organisation to find out how the coronavirus outbreak began.

In response, Beijing has made threatening noises about trade with Canberra and also hinted that the flow of students and tourists from the Middle Kingdom could be at risk if such demands were made.

More in this category: « US tightens rules for tech exports to China DTA says AWS will not store COVIDSafe data at Chinese-owned data centre »
Share News tips for the iTWire Journalists? Your tip will be anonymous