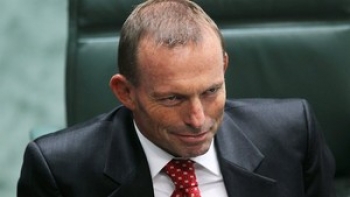 The Coalition has dropped a policy bombshell on the eve of the election, announcing it will implement an opt-out Internet filter if it wins government. Then within hours the leader of the Opposition and the Shadow Broadband Minister hastily retracted the proposed policy.

The Opposition on Thursday announced a UK-style ‘opt out’ Internet filter, then almost immediately retracted it. But it seems not everybody has got the message. A day before the election, there is still some confusion over what its policy actually is.

Opposition leader Tony Abbot was forced to apologise, and communications spokesman Malcolm Turnbull issued a statement on his website, writing that the originally published policy was ‘wrong’.

“The Coalition has never supported mandatory Internet filtering. Indeed, we have a long record of opposing it.

“The policy which was issued today was poorly worded and incorrectly indicated that the Coalition supported an ‘opt out’ system of Internet filtering for both mobile and fixed line services. That is not our policy and never has been.

“The correct position is that the Coalition will encourage mobile phone and ISPs to make available software which parents can choose to install on their own devices to protect their children from inappropriate material. The policy posted online today has been replaced with the correct version.”

But Liberal MP Paul Fletcher, himself no comms slouch and a former Optus executive, told ZDNet that the filter is indeed Coalition policy. "The default is that you have the system turned on. You have the filter turned on, but anybody who doesn't want it is free to have it off, irrespective if you're a parent or not," he said.

Tony Abbott initially approved the opt-out filter, but was quickly forced to backpedal. “I read the policy last night, quickly, and I thought it was a reference to the ability of people to get a PC-based filter,” he told reporters in Melbourne.

“I’m sorry there was a badly worded sentence or two in the document that went out or earlier today. The fact is we think there should be commercially available filters for PC and mobile phone users to opt in to if they wish.”

So that’s cleared up, then. Nowhere was it mentioned who actually wrote the original policy, or who approved it, or why it was released only the day after the TV and radio blackout on election news. Policy on the run?

If it was indeed Coalition policy, it would see adult content filters installed on all phone services and fixed Internet services unless users opt out, in a move similar to one already seen recently in the UK.

The ALP scrapped its plans for an Internet filter last year when Stephen Conroy was Communications Minister, instead opting to rely on the federal police to block ‘child abuse websites’. The Coalition said at the time it would oppose the scheme. It seems it has now quietly changed its mind, hiding the announcement inside the Coalition's Policy to Enhance Online Safety for Children.

“We will work with mobile phone companies (such as Telstra, Optus, Vodafone and their resellers) and internet service providers (which provide fixed line broadband services to the home) to make available software which parents can choose to install on their own devices to protect their children from inappropriate material.

“This is a very different approach to the discredited compulsory filter proposal championed by the Rudd-Gillard Government, which was abandoned as unworkable. This work will be led by the Children’s e-Safety Commissioner, who will establish an expert stakeholder group (including representatives of industry and representatives of groups charged with the welfare of children such as schools, parents, police and youth mental health experts) to assist in this work.

“A Coalition government will establish the Children’s e-Safety Commissioner to coordinate a range of measures to address online safety and will ensure there is an effective complaints system, backed by legislation, to get harmful material down fast from large social media sites.”

More in this category: « Households $3800 a year better off under NBN Who’s in charge? Coalition sloppy on Internet filter plan »
Share News tips for the iTWire Journalists? Your tip will be anonymous