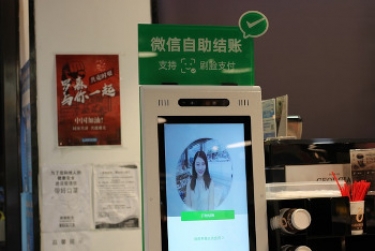 Image by 雪飞 王 from Pixabay

The United States has banned the downloading of TikTok and WeChat by residents, claiming this would be a threat to the country's national security.

The order, announced by the Department of Commerce on Friday, takes effect from 1.59pm AEDT on Saturday (11.59pm eastern time on Friday).

In a statement, the Commerce Department said: "The Chinese Communist Party has demonstrated the means and motives to use these apps to threaten the national security, foreign policy, and the economy of the US.

"Today’s announced prohibitions, when combined, protect users in the US by eliminating access to these applications and significantly reducing their functionality."

There have been reports that removing WeChat from the Apple app store would have a big impact on iPhone sales, as Chinese users make up about a third of those who use this device.

TikTok's American operations will have Oracle as a partner after the ban was announced. Microsoft tried to buy the app but was turned down. Oracle's deal will it a 20% stake in TikTok's parent company, ByteDance, and lead to an IPO.

US Commerce Secretary Wilbur Ross said: “Today’s actions prove once again that President Trump will do everything in his power to guarantee our national security and protect Americans from the threats of the Chinese Communist Party.

“At the president’s direction, we have taken significant action to combat China’s malicious collection of American citizens’ personal data, while promoting our national values, democratic rules-based norms, and aggressive enforcement of US laws and regulations.

"While the threats posed by WeChat and TikTok are not identical, they are similar. Each collects vast swathes of data from users, including network activity, location data, and browsing and search histories.

"Each is an active participant in China’s civil-military fusion and is subject to mandatory co-operation with the intelligence services of the CCP. This combination results in the use of WeChat and TikTok creating unacceptable risks to our national security."

More in this category: « US will need to invest up to US$50b to increase share in chip manufacture: study US court blocks decision on WeChat as Oracle TikTok deal approved »
Share News tips for the iTWire Journalists? Your tip will be anonymous