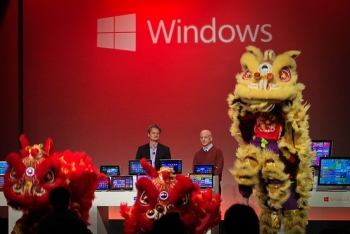 Redmond admitted in a statement that officials from China's State Administration for Industry and Commerce - the body responsible for enforcing business laws - visited some of its offices on Monday.

The firm did not disclose the reason for the visits, and neither did the regulator.

A potential anti-trust investigation may be on the cards however, following a Chinese government ban on government use of Windows 8 earlier this year.

Microsoft said "it will address any concerns the government may have".

The company issued a statement saying: "We aim to build products that deliver the features, security and reliability customers expect. We will actively cooperate with the government department's inquiry and answer related questions."

Microsoft offices visited by China's State Administration for Industry and Commerce were in Beijing, Shanghai, Guangzhou and Chengdu according to Dow Jones, who also said that some employees were questioned.

In late May, the central announced it would ban government use of Windows 8, with Xinhua reporting the idea behind the ban was to safeguard computer security after Microsoft ended support for its Windows XP operating system, which was widely used on the mainland.

The visits to Microsoft offices also come mere days after the China's anti-trust regulator said that Qualcomm, one of the world's biggest mobile chipmakers, had used monopoly power in setting its licensing fees.

The anti-trust case has already seen some local handset makers hold back on signing licences for Qualcomm products, according to the South China Morning Post.

Some have alleged that China is using anti-trust probes to protect domestic firms.

"It has become increasingly clear that the Chinese government has seized on using the [anti-monopoly] law to promote Chinese producer welfare, and to advance industrial policies that nurture domestic enterprises," the US Chamber of Commerce said earlier this year.

China has also taken on Apple over allegations the company was using geographical data to "steal state secrets."

For its part Apple hit back, writing it had "never worked with any government agency from any country” on implementing intelligence gathering features in its products.