Census to be given test run by 100,000 households on Tuesday night Featured 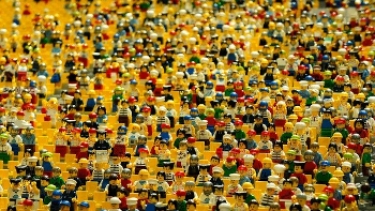 Image by Eak K. from Pixabay

A total of 100,000 households will test out the infrastructure for next year's Australian census on Tuesday night, the Australian Bureau of Statistics says.

The test is being run in areas of Sydney, Adelaide, Darwin, Canberra, Warrnambool, Karratha, Alice Springs Town Camps and the community of Amoonguna.

The last census, in August 2016, was supposed to be held mostly online, but the website was taken offline at 7.30pm following what was claimed to be a distributed denial of service attack. This claim was later disputed.

Both the ABS and IBM, which received a $9.6 million contract to run the census, were blamed for the debacle.

PricewaterhouseCoopers Australia has built the site for the 2021 census and it will be hosted on Amazon Web Services. Recruitment company The Adecco Group will deliver key services.

At the time this was announced, the ABS said it and PwC Australia would work with the Australian Cyber Security Centre and the Digital Transformation Agency to manage the high demand anticipated for the 2021 event.

Of Tuesday's test, Henderson said: “This is the biggest test we’ll do before the next census. While it’s voluntary, it’s important people participate to make sure it is easy for people to complete, our processes work and the census form captures information accurately.

“If you’re one of the 100,000 households that have been invited to take part and haven’t yet completed your form, please do it online or on paper and include everyone in your house tonight.

“You can also still do the test in the next few days. You may receive a reminder letter from us, or in some areas we might visit to leave you a reminder.

“Thank you for helping us make sure the next census runs as smoothly as possible.

“The success of the census relies on the community. In turn, it produces critical data to help build a better future for everyone.”

More in this category: « US official pushes India to ban Huawei, ZTE from mobile networks Justice department bid to reinstate WeChat ban dismissed by court »
Share News tips for the iTWire Journalists? Your tip will be anonymous