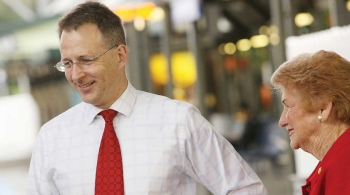 The federal government has moved forward with its plan to fix Australia's mobile blackspots, today releasing a list of over 6,000 locations as having been identified as providing inadequate coverage.

Victoria had the lion's share of complaints, with 2029 areas deemed to be mobile blackspots after a public nomination process.

Victoria is particularly close to a state election and its Premier Denis Napthine has been particularly vocal on the issue, announcing $40 million in state government funding for blackspots earlier this year.

The Government accepted nominations for mobile black spot locations between December 2013 and 1 August 2014, and the 6000 nominations in the government's database will compete for either new or enhanced mobile base stations under the program.

The government's Parliamentary Secretary for Communications Paul Fletcher said a competitive selection process is on the way, with successful locationsto be announced early next year.

"The competitive selection process is designed to allocate the funding to locations which will deliver the greatest benefit in terms of new coverage, for the public funding provided," Fletcher said in a statement.

Between 250 and 300 new mobile phone towers will be built with co-investment from telephone companies, state governments and local council, though one base station could cover multiple blackspots in some instances.

"It is important to understand that, although 6,000 locations have been nominated, this does not mean that there are 6,000 locations where a new base station is required," he said.

More in this category: « ACCC brews TEA trouble for Telstra over ULL price modelling ACCC moves to speed rollout of ADSL networks »
Share News tips for the iTWire Journalists? Your tip will be anonymous