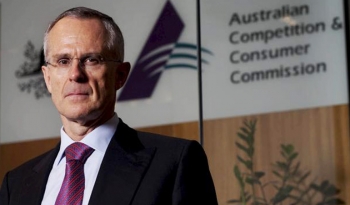 This man wants you

The Australian Consumer Law (ACL) was enacted on 1 January 2011. Without doubt, it has shaken the very foundations of business to provide adequate consumer protection – taking down some very high profile organisations along the way.

Since 2011 several things have changed in the IT world. The massive change to online trade, the borderless nature of the transaction, the emergence of the service and sharing economies, and a clearer understanding by consumers of their rights in relation to repairs, even if out of statutory warranty.

One of the biggest changes was ensuring that vendors could not override the ACL and consumers could not sign their rights away – things like expensive extended warranties became useless under the ACL.

Here is a brief overview of ACL enforcements.

Apple contravened the ACL provisions by offering ‘limited’ warranties, and other terms that challenged its essence. To its credit, this high profile company immediately complied.

Apple clarified the law and has set a standard for others to follow. As it mainly provides goods here are the key provisions.

It also guaranteed to provide repairs or spare parts for a reasonable time. The question that may now be asked is how long is reasonable? Is the reasonable life of an iPhone really one year?

The remedy depends on whether the failure to comply with the guarantee is major or minor.

Minor failures to comply with a consumer guarantee can normally be fixed or resolved in a reasonable amount of time. In this case, the seller can choose to offer you a refund, replacement, repair or, in the case of services, resupply. If the seller does not fix the problem or takes too long, you may be able to get it fixed by someone else and recover the costs from the seller depending on the circumstances.

Major failures are defined as those that cannot normally be fixed or resolved easily. It provides at the customers option a refund or replacement – and in some cases compensation.

About three years later consumer advocate Choice visited 80 Harvey Norman and JB Hi-Fi stores and found that 85% of their staff did not understand and ignored ALC provisions. 100% of staff attempted to sell extended warranties.

CHOICE released tips and facts to help educate consumers about their right to a refund:

Choices’ action clarified that under ACL the seller (retailer) is, in fact, responsible for enacting ACL.

And Harvey Norman copped $286,000 fines for its more errant franchises.

Fisher & Paykel was fined $200,000 for false or misleading representations to consumers concerning the need to purchase extended warranties when products may have been already covered by remaining statutory warranties.

The bottom line is that numerous investigations into ‘fine print’ that seek to limit the ACL have shown that a consumer can safely ignore any printed warranty terms.

HP’s warranty terms were misleading and reduced ACL rights. Specifically, it gave HP the power to accept, reject and or charge for repairs and replacements.

The reality is that under ACL Australian law, all consumers have a right to choose the remedy they want (refund, repair or replacement) in the event of a major flaw, manufacturers can’t unreasonably limit the period a warranty applies for, and consumers don’t have to bear the cost of return if a warranty repair is required. Anyone selling stuff in Australia, take note.

LG is committed to its ACL obligations

Due to the ongoing nature of these proceedings, no further comment can be made. This is not the first time LG has been criticised by the ACCC for misleading consumers over the energy efficiency of some of its products.

Just last month iTWire reported that US-based games, entertainment and software company Valve via its distribution platform Steam had breached ALC and set some landmark standards for software and borderless trade. Specifically, that digital downloads were refundable and that the digital goods had to be of acceptable quality.

Electronic Arts and its Origin video game distribution platform became targets when it claimed Australian buyers were not entitled to refunds. The ACCC said that businesses selling downloadable goods should not avoid their legal responsibilities.

Recalls of electronic goods have escalated. ACL imposes mandatory safety standards. It can ban on an either on an interim or permanent basis or issue a compulsory recall notice requiring suppliers to recall a good.

Some notable ones include: (You can check the list here).

All these products were sold and supported here, but there are many more that are on international recall lists that have been sold via parallel or personal import.

Lots have changed since ALC was implemented. Drip pricing refers to a practice whereby businesses do not disclose the full price of a product or service initially but instead drip feed the consumer the overall price bit by bit.

E-commerce is the likely place to find this offense, and there are some high profile cases about to hit the courts. Let’s just say that airlines, travel, hire car companies and sharing economy sites like AirBnB. Virgin and Jetstar failed to adequately disclose that a Booking and Service Fee applied to a substantial proportion of bookings, with consumers only becoming aware of the fee after moving through a number of stages on each airline’s booking process.

But the crackdown may catch some profile hardware suppliers that sell products that do not work out of the box without additional purchases not disclosed at sale time. At a base level, it may be the omission of batteries, cables, chargers (a big issue) or in the case of software or services ‘keys’ to unlock additional functionality. In-app purchases are also a target where charges are levied to ‘continue’ to play the game or provide the service – that could not have been reasonably seen at purchase time.

Telco, Utilities - don't be a bully and don't lock us in

The ACCC is closely investigating things like TPG’s fibre offers (Fibre to the apartment basement) and how that may conflict with NBN. The investigation includes whether false and misleading statements. Similarly, it is concerned at pressure selling campaigns that infer the supplier of home phone and data lines will have to switch off when NBN is installed.

When the price is not the price

Online retailer Kogan received three infringement notices and paid $32,400 in fines for the pricing of three computer monitors, which changed over a five-day period as part of a Father’s Day promotion in 2015. The issue was not the price change per se but the old trick of increasing the ‘recommended retail price’ (RRP or SRP or MSSP) price to over a so-called discount.

And if shoppers had looked around they could have found better value on at least one its items – an ASUS 27” PB278Q monitor. The other two were Kogan house brand and had no comparative prices.

The concept here is that RRP is not what the recommended price is but the actual price over an extended period.

The web is a lawless frontier

The ACCC has put all websites on notice that they must be accurate and true. For example, comparator sites must facilitate honest, like-for-like comparisons, be transparent about commercial relationships, and clearly disclosing who and what is being compared. It especially points out that reviews and blogs are often not independent – but paid for.

But given the borderless nature of the web jurisdiction can be an issue. The ACCC has also targeted online dating sites, deal of the day sites and info services that have misleading offers, unclear pricing policies or consumer contracts.

The biggest fine in 2014 was online group buying site Scoopon with a $1 million penalty for making false and misleading representations to businesses and consumers. It contravened Australian Consumer Law when it misled consumers as to the price of goods advertised in its deals and their refund rights. It also misled businesses by saying there was no cost or risk involved with running a deal with Scoopon and it told one company that 30% of vouchers sold would not be redeemed.

Don’t forget that the prime asset of these websites is data and what price do you put on its safety – let alone its misuse. The ACL has certain disclosure requirements but on the whole these are not being met.

Consumers are buying more digital goods and services, and hybrid digital/physical products. Examples include cloud computing (email, social media, online file storage), and devices sold with a subscription to a service from the device manufacturer (such as Apple) or a telecommunications provider. In other cases, traditional models involving the sale of a physical item have been replaced with a digital version which is not legally equivalent. For example, an e‑book may not include rights enabling it to be sold or gifted to another.

Consumers’ ongoing use and enjoyment of digital products raises different issues. Consumers may have to pay an ongoing fee to continue to use and enjoy the product they have ‘purchased’ and may also rely on a service provider continuing to provide them access to those products. For example, it may only be possible to continue enjoying a movie purchased online if the relevant cloud‑based server where it is stored remains accessible.

Consumers are also relying more heavily on email, social media and storage services provided online and based overseas. While difficult to measure in monetary terms, the value of a person’s photos, videos, emails or other material stored online may be immense. Some services (which may be funded by an advertising model) are notionally ‘free’ for the consumer, and the consumer’s rights to continued access (or at least adequate notice of any plans to discontinue such a service to allow data to be transferred to another service provider) are untested.

It is timely to consider what rights and responsibilities consumers should have for digital goods and services, including whether the current consumer guarantees and unfair contract terms regimes are adequate, or sufficiently tailored to digital content.

More in this category: « Panama Papers prompts call for Governments to do more to expose tax avoidance I am from the government and I want to be on-time »
Share News tips for the iTWire Journalists? Your tip will be anonymous