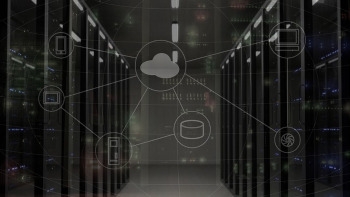 Australia's move towards a digital government should be more of an integrated effort and should not be restricted in silos, a cyber security expert says, expressing scepticism about the ideas put forward by recently by Human Services and Digital Transformation Minister Michael Keenan.

Fergus Hanson, head of International Cyber Policy Centre at the lobby group Australian Strategic Policy Institute, said it would be better to have co-ordination between the three levels of government - local, state and federal - rather than provide digital services in little silos.

This was much better, both in terms of cost and security, as there would not be a single target for attackers, he pointed out. And it would avoid that great bugbear of public service: duplication.

Last week, Keenan announced that the Federal Government would make all services, with which citizens have to interact, accessible online by 2025.

Hanson will release a new report in Brisbane on Friday, titled Introducing Integrated e-government in Australia, in conjunction with the Australian Computer Society.

He said it would be better to have services at various levels, as in Estonia, that could access a central authority when needed. This way, there would be no duplication.

Hanson pointed to digital identity as a classic case of duplication. At the moment, Australia has two systems for identity verification — the Australia Post system known as Digital iD and the DTA-managed GovPass — neither of which was governed by dedicated legislation.

In a paper for ASPI, he said: "The government is now building two digital identity schemes that will compete against each other. The first, which is already operational, was built by Australia Post at a cost of $30–50 million and is known as Digital iD.

"The second scheme, GovPass, secured $92.4 million in the 2018–19 Budget to create the infrastructure that will underpin it and fund its initial rollout.

"Neither GovPass nor Digital iD is governed by dedicated legislation, beyond existing laws such as the inadequate Privacy Act 1988, leaving Australians vulnerable to having their data misused."

He said there needed to be agreement between the various levels of government to create services that were geared towards citizens.