Australia finally getting the privacy debate it deserves Featured 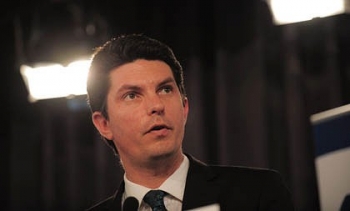 Debate is raging across Australia over the Abbott government's surveillance agenda and a range of influential speakers are set to put their views forward at a Melbourne event later this month.

The Privacy Workshop 2014, coming 17 October, will discuss the place of privacy in our increasingly public lives. According to Electron Workshop co-founder Nick Jaffe privacy can often be overlooked as a basic human right.

“How we define privacy should not be left to the government and large-scale corporations,”  Jaffe said.

“The Privacy Workshop is the perfect forum for people of all walks of life to gather and discuss how they see themselves, as private citizens, interacting and engaging with institutions in the information age.”

Refreshingly the event features partipants from all ends of the political spectrum, including Australia’s libertarian Human Rights Commissioner, Tim Wilson, who will be discussing our individual right to privacy, and the debate behind the right to be forgotten.

“Privacy is not merely a matter that concerns policy makers. It is part of a wider discourse on freedom. The freedom to live our lives the way we want, without state or corporate intervention,” said Wilson.

Senator Scott Ludlam, a leading voice against the Federal Government’s attempt to introduce a mandatory net filter and data retention scheme, will also be presenting.

“I have been advocating against a data retention scheme because it is a direct expansion of a system of warrantless invasions of privacy that is already out of control,” Senator Ludlam said.

“Data retention will dramatically expand the scope of this form of surveillance. The Privacy Workshop is a great opportunity to collectively decide whether we would rather be treated as citizens or suspects."

Tech-entrepreneur Will Dayble and open activist and researcher Cobi Smith will serve as MCs.

“The Privacy Workshop will bring together an assortment of world-class thinkers and industry professionals that will provide a broad perspective on a 21st century definition of privacy,” Jaffe said.

As we reported in August the Coalition government, including Attorney-General George Brandis, has announced controversial legislation mandating data retention for telecommunications companies. It is part of a $630 million boost to security agencies.

The law will force phone companies and Internet service providers to store non-content data, or metadata, for up to two years.

The workshop also comes amid new research that shows the extent to which Australian IT decision makers have not acted on recent changes to Australian privacy laws. You can read more about that here.

The event is sponsored by Google, Facebook and GetUp!, and is an Electron Workshop project in partnership with Electronic Frontiers Australia and ThoughtWorks.

Tickets to the event, being held at Federation Square, can be purchased from https://privacyworkshop.com.au

More in this category: « Napthine to tackle bullies with some help from Zuckerberg Government mandates cloud computing »
Share News tips for the iTWire Journalists? Your tip will be anonymous