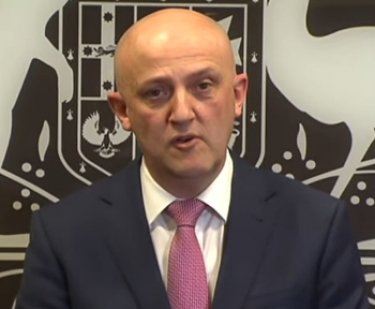 ASIO chief Mike Burgess: "Our heritage comes from catching spies and to catch spies you have to trust almost no one, and you have to keep it secret because it's a really hard game." Courtesy YouTube

Privacy is paramount but not total, because there is a balance between privacy and security, ASIO chief Mike Burgess claims, adding that "under the rule of law when appropriate warrants are in place, law enforcement or ASIO should be able to get access to something".

He was speaking on a podcast at the Institute of Public Administration Australia on Tuesday.

His words were part of an argument that has been mounted ad infinitum over the past several years as intelligence agencies have sought to mount a move to justify the breaking of encryption.

Burgess referred to the 2016 case where the FBI demanded that Apple create a new version of its iOS operating system so that the agency could guess the passcode on an iPhone 5 that was owned by a terrorist. Apple refused and finally the FBI paid a commercial firm to get the data.

"Apple's view is that privacy is paramount and they want to design a phone that actually no one can access and because if they give some country access, they have to give it to all countries," he said.

"At one level, I accept that bit in our country under the rule of law, if we have a warrant, so we've met a legal threshold and the appropriate person has said, 'Yes, you can have this access', we would expect companies to cooperate and actually ensure that there is lawful access."

The US has now introduced a new law into Congress, to try and ban encryption on the sly. Called the EARN IT Act it works to neutralise section 230 of the Communications Decency Act which allows online platforms to escape liability for things their users say and do; for example, you can sue the person who defamed you on a platform like Twitter, but not the platform itself. An amendment to this section in 2018 has made platforms liable for publishing information “designed to facilitate sex trafficking”.

Burgess claimed that the ASIO only asked for new laws that were "proportionate to the threat we're dealing with". Additionally, the organisation was subject to the oversight of the Inspector-General of Intelligence and Security who could "red card me and if I don't co-operate with the Inspector-General, I'm going to jail and that's the way it should be".

He said with appropriate oversight and appropriate laws, "I don't support private sector companies who want to fight governments to say, 'No, we can't give you', or, 'We can't co-operate with you'.

"Because the other angle that we come at this from is actually when a terrorist event occurs and then someone puts that footage online, or is broadcasting that online and the companies that are facilitating the live streaming of the death of people actually find it really difficult to co-operate on actually the blocking that material or having it removed as quickly as possible.

"Again, in our society, I find that really hard that private sector companies do not want to co-operate with governments on dealing with such abhorrent behaviour."

More in this category: « US Huawei moves may end up hurting American businesses: wireless tech expert US pollies seek Juniper case details in fight against encryption law »
BACK TO HOME PAGE
back to top