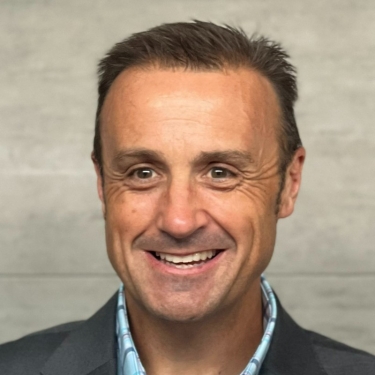 Aruba Networks is no stranger to thinking about the future of networks, and South Pacific Director Pat Devlin says private sector technology partnered with public government agencies may be the key to creating a toll-road style service that provides additional public benefit.

iTWire spoke with Pat Devlin, South Pacific Director, Aruba Networks. Devlin has been in the industry for nearly 30 years with a background that reads like a directory of networking providers, from Dell and HPE, to IronPort, Brocade, WatchGuard, Ruckus Wireless, and SimpliVity. So, it’s worth listening when Devlin posits there’s value in the idea of public/private partnerships in network designs and rollouts.

The thinking, Devlin explains, was born out of the realisation many state governments Aruba deals with are looking for new ways to engage with vendors.

For one, they seek a creative way to finance projects. While road users might have mixed feelings over the toll road model, there’s no argument around its effectiveness in finding money to implement infrastructure at a vast scale. It’s a financing model that delivers an outcome.

This notion is fundamental to Aruba’s thinking around a private/public networking model, yet historically it’s not a model that translated particularly well to technology. For example, we don’t see Dell or HPE build computers and then open them up to the public for use. However, a network is different, Devlin says, and is the best example of a technology service that can be a shared resource. Aruba is actively exploring how to leverage its extensive networking experience to provide value to the Government without taking away its ability to provide a service.

Secondly, Aruba observed a change in where the power sits in a technology stack. Long ago infrastructure engineers were the gatekeepers, but in today’s cloud-fuelled, software-as-a-service and software-defined world it’s software developers who have “custody over the organisation’s Crown Jewels,” Devlin says. “Manufacturers have become less sexy and have become the plumbing - software is where it’s at,” Devlin said.

A big driver to the "as-a-service" model, Devlin says, is not because companies want to move something off the balance sheet, but because it’s a chore to run all these boxes and items in-house.

“We've been exploring what this looks like for a network provider," Devlin said. The company didn’t have to look far to find early indicators and precedents for success.

Aruba was involved during Australia's horrible bushfires, aiding in the scramble to open Rural Fire Service (RFS) locations. The state Health department made available a temporary headquarters, and Aruba used a software tool - ClearPass, an identity federator - to get RFS identity stores to travel across the network. Ultimately, the RFS gained a headquarters without any real outlay.

"What if we could do more with federated identity?" Devlin asked, "Can we create a network that is a shared service?”

This led Aruba to consider how a single shared network might work in practice.

As an example, NSW Health has a high-grade network but might consider the network is an asset, and they are a big user of that network but don’t necessarily need to be the only user. “Could they charge for use and create a shared service to generate revenue?” Devlin asked.

He raised the specific example of a hospital. It has all manner of non-Government staff. For example, there are food services, pharmacies, entertainment, radiology services, and others. “There is no need to build all sorts of networks,” Devlin said. “You could add sub-tenants.”

Currently, Government departments pay for the entire network and try to recoup their costs later. In Aruba’s thinking with secure, federated identity and subtenants, public services don’t have to pay for everything because they’re not using everything.

It's not a stance on privatisation, Devlin says, "but how to make the public dollar go further.”

In a bigger picture, this could allow State Governments to create fungible assets where the building is akin to a WeWork-style scenario.

Like the RFS situation, Devlin imagines a COVID-inspired scenario where emergency services need to occupy a school hall and make it a triage centre, or perhaps there are Police and Government services shared in some sites. With a single network, but with federated high-security identity stores, network infrastructure setup and administration can be simplified and a shared resource created.

Aruba has been thinking about this for some time, Devlin says, and it is well-positioned to execute. “Aruba bought Amigo Pod, an Australian company, which became ClearPass,” he said, and provides hardware-agnostic identity management to Aruba, as one example.

"Security is the easy part," Devlin says. "Aruba recently announced a partnership with the Pentagon. Part of the reason they went with Aruba technology is we can encrypt right on the access point. We can do here what we do for the Pentagon.”

In fact, Devlin says, the reality is working from home is a bigger risk than having a shared service. A Government worker operating at home may have potential threats on their own private network.

Aruba is continuing to work on its vision of private and public partnerships. "The shared goal is to utilise private sector technology and joint public/private innovation to create an asset or service that provides additional public benefit and utilisation,” Devlin said.

Shifting to a consumption-based model reduces Government spending and still builds a sustainable future, as well as allowing Governments to tap into unmanned efficiencies and synergies, Devlin explains.

More in this category: « STEM group calls for R&D increase to boost economic recovery AIIA calls for ICT professionals to be prioritised for visas with borders reopening »
Share News tips for the iTWire Journalists? Your tip will be anonymous