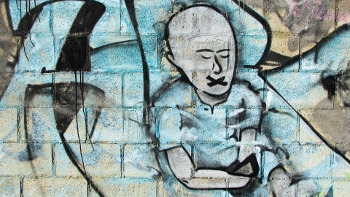 Acting on orders from China, Apple has pulled the New York Times' new apps from its app store in the country.

The New York Times reported that the apps had been removed on 23 December, soon after one of its reporters, David Barboza, spoke to Apple's media team in connection with an upcoming article on the hidden perks and subsidies that the Chinese government provides to the world's biggest iPhone factory.

Barboza had contacted the factory owner, Foxconn, earlier and also spoken to the Chinese government for its take for inclusion in the story. The article was published on 29 December.

China began blocking the NYT apps back in 2012 after it ran a number of articles detailing the wealth accumulated by then prime minister Wen Jiabao. However, the report claimed, in recent months China had not been very successful in preventing readers from using the Chinese language app.

Both the English-language and Chinese-language apps were removed from the app store by Apple on 23 December. However apps from other big newspapers like the Wall Street Journal and the Financial Times were available.

Fred Sainz, an Apple spokesman, was quoted as saying: "We have been informed that the app is in violation of local regulations. As a result, the app must be taken down off the China App Store. When this situation changes, the App Store will once again offer the New York Times app for download in China."

The order for removal of the apps has been apparently made under rules passed in June last year, known as Provisions on the Administration of Mobile Internet Application Information Services.

According to the report, these rules specify that apps cannot "engage in activities prohibited by laws and regulations such as endangering national security, disrupting social order and violating the legitimate rights and interests of others."

An NYT spokesperson said the company had asked Apple to reconsider its decision. "The request by the Chinese authorities to remove our apps is part of their wider attempt to prevent readers in China from accessing independent news coverage by the New York Times of that country, coverage which is no different from the journalism we do about every other country in the world," Eileen Murphy said.