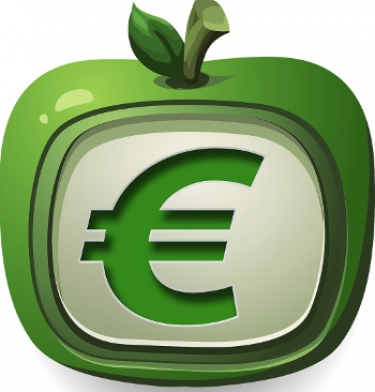 Apple has gained a win over the European Union with a high court in the political bloc ruling on Wednesday that the Cupertino-based outfit did not have to pay €13 billion (A$21 billion) in back taxes as demanded.

The Associated Press reported that the Luxembourg General Court had said "the Commission did not succeed in showing to the requisite legal standard that there was an advantage".

The court statement said, "the Commission was wrong to declare" that Apple "had been granted a selective economic advantage and, by extension, state aid".

Reuters reported that the judges had said: “The General Court annuls the contested decision because the Commission did not succeed in showing to the requisite legal standard that there was an advantage for the purposes of Article 107(1) TFEU1,” with the reference being to EU competition rules.

As iTWire reported, Apple was hit with the fine in August 2016, after having found that the company had cut a number of illegal deals in Ireland in order to do business.

The European Commission said at the time that it had reached the conclusion Ireland had granted undue tax benefits of up to €13 billion to Apple.

EU competition commissioner Margrethe Vestager said Apple's "selective treatment" in Ireland resulted in an effective tax rate of one per cent on its European profits in 2003. This rate fell to 0.005 per cent by 2014.

"The tax treatment in Ireland enabled Apple to avoid taxation on almost all profits generated by sales of Apple products in the entire EU single market," she said.

"Member states cannot give tax benefits to selected companies – this is illegal under EU state aid rules. The Commission's investigation concluded that Ireland granted illegal tax benefits to Apple, which enabled it to pay substantially less tax than other businesses over many years."

Vestager said on Wednesday she would examine the judgment and ponder possible next steps. The Commission can launch an appeal on points of law to the EU Court of Justice, the top court in Europe.

Ireland welcomed the ruling, saying in a statement: "Ireland has always been clear that there was no special treatment provided. Ireland appealed the Commission Decision on the basis that Ireland granted no state aid and the decision today from the Court supports that view."

Apple also welcomed the ruling, saying the case was not about how much tax it pays, but where it was required to pay it.

But a legal scholar said the Commission, which was ordered by the court to pay Apple’s and Ireland’s legal costs, could still salvage its case.

Dimitrios Kyriazis, head of Law Faculty at the New College of Humanities in London, told Reuters: “Its defeat is very similar to its defeat in the Starbucks cases, that is it won on matters of legal principle and lost due to the allocation of evidentiary onus.

“It is more likely that the Commission will re-adopt a decision against Ireland and Apple and try to show exactly how the tax rulings granted Apple Sales International and Apple Operations Europe a selective advantage.”

More in this category: « UK to remove Huawei gear by 2027, no new purchases after year-end Trump let CIA off the hook in 2018: report »
Share News tips for the iTWire Journalists? Your tip will be anonymous