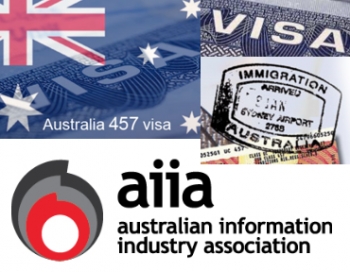 Rob Fitzpatrick, chief executive of the AIIA, has issued a statement in relation to the government’s decision to revise the list of eligible skilled occupations on the 457 visas that bring temporary foreign workers into the country.

Fitzpatrick said: “The revisions to the occupations list address the critical skills shortages that exist in cyber security, cloud and data, analytics, and other ICT-related areas.

“AIIA welcomes the move of CIOs and CEOs into the four-year visa class. Combined with the option to apply for onshore renewal and permanent residency after three years, this alleviates some of the nervousness candidates for senior roles have with short-term roles and makes Australian-based positions more attractive.”

“After extensive consultation with industry, the government has acknowledged that Australian businesses need access to global talent to remain internationally competitive.

“ICT is Australia’s fastest growing sector — growing at a rate of 2% compared to 1.4% per annum growth for the workforce as a whole — so it’s important to have policies in place that support the industry and a strong national science and innovation agenda,” he said.

So, if you’re a foreign IT expert wanting to work in an eligible area on a four-year 457 visa, it looks like you, and Australia’s AIIA, are now much happier.

More in this category: « US moves against Kaspersky: Founder calls it cyber-McCarthyism Kaspersky Lab row: Russian minister warns of blowback »
back to top