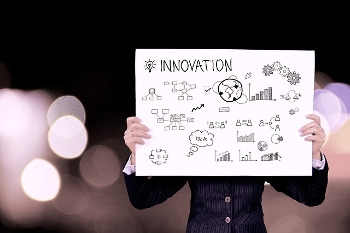 The Australian Information Industry Association has expressed concerns over changes to the R&D Tax Incentive in the Federal Budget, saying that they could put the brakes on innovation by discouraging companies from local investment.

“Australia is in the midst of an R&D recession with a $2.2 billion decline in investment, according to the latest data. While some elements of the 3F review now being implemented are better than those considered earlier, the rhetoric focuses on ‘crackdown’ rather than expansion and growth. Australia’s global competitiveness is reliant on a buoyant R&D mindset.”

But he applauded the focus on digital transformation incentives in various industries such as health, agriculture and manufacturing, saying the AIIA welcomed investments in developing the space industry, and in supporting national research infrastructure and similar initiatives

Prior to the Budget, the AIIA had expressed the fear that changes to the $3 billion R&D Tax Incentive and restricting claims for software R&D would result in companies looking to move offshore.

Fitzpatrick said a key area of concern around the R&D Tax Incentive was intensity testing.

“While this measure is not as severe as initially proposed, we need to encourage both broad and deep investment in R&D across all technology-related industries,” he said.

From 1 July, the government will target the tax incentive towards larger R&D projects – with concessional rebates up to $150 million for companies with turnover of $20 million or more.

For companies with annual turnover below $20 million, the government will impose a cap of $4 million on cash refunds and convert the rate of the R&D tax offsets to a premium of 13.5% above a claimant’s company tax rate.

Administrative and compliance improvements that will assist with ongoing sustainability, transparency and integrity of the tax incentive will also be implemented.

Fitzpatrick said: "While these measures will ensure the R&D Tax Incentive is fiscally affordable, we need to ask whether the financial benefits will constrain Australia’s global competitiveness.”

The AIIA looked forward to working closely with the government to achieve a stronger, fairer, and digitally enabled economy, he added.

“We are heartened to see such strong investment in the data economy and particularly in government digitisation, innovation and education. This funding will ensure that we continue to drive effective innovation across the Australian economy.”

Sam Allert, ANZ managing director of accounting software provider Reckon, said he was disappointed with the changes in the R&D Tax Incentive.

“It’s disappointing to see that the government has decided to restructure the R&D Tax Incentive," he said. "This will have huge implications on many Australian small businesses that rely heavily on the tax concession to drive research, development and innovation, as well as start-ups who do not have the capacity to work on projects with a substantial R&D spend above industry peers.

“Along with these changes, the ATO will now be able to publicly disclose those who requested R&D relief and what the relief was for, as well as impose a limit on time extensions to complete R&D registrations and amendments to technical provisions.

"These changes could jeopardise Australia’s goal of becoming the region’s innovation hub, as more businesses are forced to set up their R&D bases in countries with more supportive government initiatives and funding.”

More in this category: « Govt puts squeeze on industry with R&D Tax Incentive changes Budget sets out $4.5m for women's STEM education, jobs »
Share News tips for the iTWire Journalists? Your tip will be anonymous