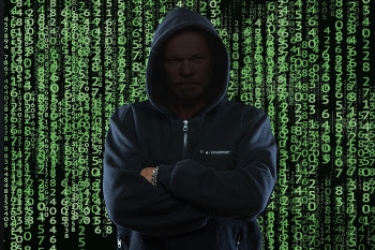 A Senate panel has recommended that Australia's new Online Safety Bill be passed, less than three weeks after it began to examine the bill in-committee and after just one public hearing.

The bill was introduced into Parliament on 24 February and then sent to the Senate Environment and Communications Legislation Committee for scrutiny.

Ten days before it went into Parliament, the public consultation process was stopped, though it had begun only in December. This was noted by, among others, digital rights agency Digital Rights Watch and Microsoft.

In a submission to the Committee, DRW said: "...we are submitting to your Committee the same concerns and recommendations as we did to the government's initial consultation on the draft Bill, just over two weeks ago.

"We are extremely concerned that in spite of receiving over 370 submissions, the government moved the Bill to the Parliament with no notable amendments or alterations, and we are further concerned regarding the time pressure on your Committee to produce a final report by 11 March 2021.

"This consultation process is disproportionate to the large-scale impact of the powers presented in the draft Bill and sets up a disastrous precedent globally for how such legislation may be designed in democratic institutions."

And Microsoft said: "The passage of the Bill through the Parliament has been completed at pace, with little opportunity for analysis and comment. Consultation on the
exposure draft closed on 14 February, and the revised Bill was introduced to the House on 24 February, before being referred to this Committee on 25 February.

"Little time has been available for providers and other stakeholders to understand the changes that have been made to the Bill, and the potential implications of these before submitting to this Committee."

The bill gives the so-called eSafety Commissioner power to order the removal of material from the Internet within 24 hours, if said material is deemed to contravene provisions of the bill.

Only one recommendation was made by the panel, apart from its rubber-stamping of the bill. This was that the requirement for an industry code to be registered in six months be considered as a period for best efforts, with the Commissioner able to extend if so decided.

The Greens called for the bill to be withdrawn and redrafted, but their suggestions were not entertained.

Labor members also raised some objections but the Liberal-led panel did not consider any of them.

For example, they called for "further amendments to clarify the bill in terms of its scope and to strengthen due process, appeals, oversight and transparency requirements given the important free speech and digital rights considerations it engages". But this suggestion found no takers.

The government representatives said the minister concerned, Communications Minister Paul Fletcher, had considered 56 matters and made seven technical amendments to the Bill: "...many of those issues were issues that the government had made a deliberate policy decision on as part of previous decision-making processes, informed by previous consultation and informed by the government's election commitment at the last election".