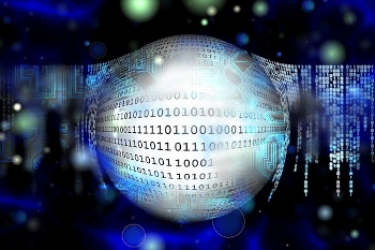 ANALYSIS The Australian Federal Police appears to have provided the best possible argument for not passing federal bills that seek to enhance its powers, following the provision of details about using existing Australian encryption laws to read the encrypted messages of criminal gangs and take them down.

The AFP mentioned on Tuesday how it has used the laws passed in December 2018 to decrypt messages which were circulated within an app that had been used in a sting. Known as AN0M, the app was put out into circulation by a known criminal and then picked up by various others in the loop.

AFP commissioner Reece Kershaw said the AFP had helped to decrypt and read encrypted communication that was sent over AN0M in real time as part of the operation.

The FBI made its side of the operation known on Wednesday Australian time, saying 300 arrests had been made in Europe, Oceania and the US in an operation that was based in San Diego, California.

"For the first time, the FBI operated its own encrypted device company, called AN0M, which was promoted by criminal groups worldwide," an agency release said.

The AFP has been pushing since December last year — when one new law seeking expanded powers for itself was introduced into Parliament — to get legislation passed to give effect to the bill.

But the question now arises, if the AFP was able to bust a gang as big as the one mentioned on Tuesday, why it does need any more powers to fight the use of encrypted communications by criminals?

Prime Minister Scott Morrison, who rather surprisingly fronted a news conference on Tuesday to boast about the AFP's achievement — neither Kevin Rudd nor Malcolm Turnbull have fronted similar press conferences in the past when they were in office — ducked a questioner who asked whether the AFP had been involved in the encryption-cracking side of things only because they had laws permitting them to do so, or whether they had done so because of their technical prowess.

Neither bill has full support from either side of politics.

More in this category: « NZ consumer credit providers, mobile traders under notice to comply with new due diligence guidance TasmaNet gets funds to upgrade comms network for Tasmania’s Tahune Airwalk »
Share News tips for the iTWire Journalists? Your tip will be anonymous