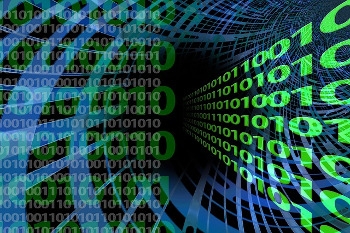 A representative of the Department of Home Affairs claims that under the Federal Government'e encryption bill, companies cannot be asked to build in functionality into systems or devices to remove electronic protection.

The department's assistant secretary Andrew Warnes told the Joint Parliamentary Committee on Intelligence and Security on Monday: "The Bill expressly says under the Technical Capability Notice provisions that agencies cannot ask companies to build a capability to remove one or more forms of electronic protection."

A number of companies have expressed apprehension that the bill could force them to do just this very thing. Encryption company Senetas, which has sizeable exports, said in its submission: "Despite the Government’s claims to the contrary, the reality is that the proposed legislation will compromise critical encryption systems and introduce 'systemic weaknesses' into products and the internet as a whole."

And the Australian Information Industry Association has warned that the bill would lead to overseas vendors withdrawing from the Australian market as they would not want their products to be caught in the government's dragnet.

Mike Burgess, director of the Australian Signals Directorate, said this would be up to the company in question, adding that he did not think Apple, for instance, would not want to sell its products in Australia.

Monday's hearing was held at the insistence of Prime Minister Scott Morrison and Home Affairs Minister Peter Dutton who are pushing for the bill — officially known as the Telecommunications and other Legislation Amendment (Assistance and Access Bill) 2018 — to be passed before Parliament rises for the year.

There are two more weeks of sittings and with a federal election due by May 2019, the government apparently does not want to take the risk of the bill still being debated in Parliament at the time a poll is called. That would mean the bill would be junked.

Given the devastating defeat dealt to the Coalition in the Victorian state elections on the weekend, there is no certainty that Morrison will wait out the full term, but rather that he will call an election at the time he thinks the government, which is already in minority, has the best chance of winning.

Monday's hearing began more than 90 minutes behind schedule, and, apart from Home Affairs and the ASD, the Australian Federal Police, ASIO and Victoria Police tried to convince the PJCIS that the bill should be pushed through Parliament in the next fortnight.

More in this category: « Govt to push for encryption bill passage in next fortnight PNG says will stick with Huawei for Internet project »
back to top