Govt to push for encryption bill passage in next fortnight Featured 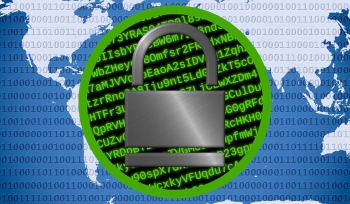 The Federal Government will step up its bid to get its encryption bill passed in the last sitting fortnight of Parliament for the year, with Prime Minister Scott Morrison insisting that the new powers in the bill are needed to stop future terror attacks.

Morrison told the media last week that police need access to encrypted messages after three men accused of plotting an attack in Melbourne were claimed to have used encrypted communications, the Ten network reported.

The bill in question is being examined by the Parliamentary Joint Committee on Intelligence and Security. Two sittings of the panel have been completed and another three are scheduled for later this month and in December.

In the wake of Morrison's call for the passage of the bill, the PJCIS has scheduled an additional sitting for Monday at which government law enforcement agencies will again present their reasons why passage of the bill should be expedited.

The government agencies already made their case at the first PJCIS hearing on 19 October.

Opponents of the bill say it would create systemic weaknesses in software that would then endanger the general public.

The head of the Australian Cyber Security Centre, Alastair MacGibbon, said, in an op-ed in The Australian on Monday, that claims by companies that the government would use powers in the bill — known officially as the Telecommunications and other Legislation Amendment (Assistance and Access Bill) 2018 — to turn smart home devices into listening apparatus for the government were absurd.

"Those devices are always on, always listening, and unregulated international tech companies are hoovering up our personal data as they have done for years and will target advertising at us," he claimed.

"Remember, to the companies lining up to criticise this bill, we — Australian consumers — are already their product."

More in this category: « US lobbying allies to stop using Huawei equipment Encryption bill: govt bid to calm fears over backdoors »
back to top