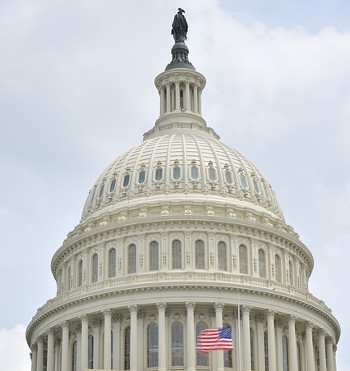 Politicians in the US have started taking a close look at the relationship between search behemoth Google and Chinese telecommunications giant Huawei, with the move coming soon after Google said it would not be renewing a deal to help the Pentagon improve its drone targeting.

The Wall Street Journal  reported that the legislators were looking at the deal between the two companies to upgrade smartphone capabilities that run Google's Android mobile operating system.

Google and Huawei cut a deal to upgrade the messaging technology on smartphones made by Huawei to use a newer technology known as RCS, instead of the older SMS technology. RCS processes images and video much better but does not give any more access to user data.

The report comes soon after Facebook said it would be ending a deal with Huawei, Lenovo, Oppo and TCL, following a report about these relationships in The New York Times.

And following this, Verizon was reported to have yielded to pressure from the US Government to stop selling Huawei devices. In February, US intelligence chiefs warned against the use of Huawei equipment.

Huawei has repeatedly denied that it has been in any way involved in espionage on behalf of the Chinese Government. On Monday, the company's Australia chairman, John Lord, made a strong defence of the company's operations during an interview with the Australian Broadcasting Corporation's Radio National.

The WSJ said the legislators who were making this move included some of the bigger critics of Huawei, including Republican Senator Tom Cotton of Arkansas and Republican Senator Mike Conaway of Texas. Both have introduced bills in the US Senate and House to beef up restrictions on the sale of Huawei's telecommunications gear in the US.

Democrat Senator Mark Warner of Virginia sent a letter to Alphabet, the parent company of Google, and Twitter on Thursday asking the two companies if they had any data=sharing deals with Chinese companies.

Also sought was information about any collaboration with Chinese smartphone vendor Xiaomi and multinational conglomerate Tencent.

In April, it was reported that the US Justice Department was investigating whether Huawei has violated US sanctions on Iran.

On Friday, it was reported that another Chinese telecommunications firm, ZTE, had cut a deal with the US Commerce Department to resume business in the US. The company had ceased its operations, following a ban on the use of American components.

More in this category: « US announces deal to put ZTE back in business ZTE shares set to start trading after deal with US »
Share News tips for the iTWire Journalists? Your tip will be anonymous