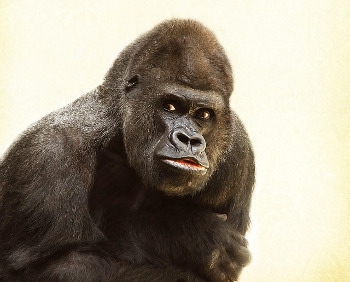 Google is the 800-lb gorilla of Internet search. Pixabay

US Treasury Secretary Steve Mnuchin has acknowledged that the Justice Department needs to take a close look at technology companies like Google that may be monopolies.

His comments came in response to a query on CNBC as to whether Google was a monopoly, a question prompted by a 60 Minutes show on CBS that took a detailed look at why Google should be investigated for being an alleged monopoly.

Mnuchin told CNBC that, "these are issues that the Justice Department needs to look at seriously — not for any one company — but obviously as these technology companies have a greater and greater impact on the economy, I think that you have to look at the power they have".

CBS spoke to Jeremy Stoppelman, the co-founder of Yelp; Margrethe Vestager, the Eu competition commissioner; and Gary Reback, a prominent anti-trust lawyer in the US who was in part responsible for getting the Justice Department to sue Microsoft in the 1990s.

Last week, the US Federal Trade Commission was asked to institute a probe into the data collected by Google on its Android operating system.

Jonathan Taplin, a digital media expert and director emeritus of the innovation laboratory at the University of Southern California, pointed out that Google's use of the phrase "competition is just a click away" was misleading.

"They have no competition. Bing, their competition, has 2% of the market. They have 90%," he said. "They know who you are, where you are, what you just bought, what you might wanna buy. And so if I'm an advertiser and I say, 'I want 24-year-old women in Nashville, Tennessee who drive trucks and drink bourbon', I can do that on Google."

A Washington Post  report in March 2017 said that Google's close ties to the White House had prevented a proposed 2012 probe into the company's alleged unfair competition from going ahead.

While FTC staff recommended that enforcement action begin, saying, according to The Wall Street Journal, that "the 160-page critique, which was supposed to remain private but was inadvertently disclosed in an open-records request, concluded that Google’s ‘conduct has resulted — and will result — in real harm to consumers'.”

The report said a WSJ investigation had pointed out that Google's executives had donated more money to the Obama campaign than any company.

Stoppelman told CBS that he would not be able to start a company like Yelp today. "If I were starting out today, I would have no shot of building Yelp. That opportunity has been closed off by Google and their approach," he said.

Asked in what way he would be stopped, he replied: "Because if you provide great content in one of these categories that is lucrative to Google, and seen as potentially threatening, they will snuff you out. They will make you disappear. They will bury you."

Google and other big multinational technology companies are also under pressure over alleged tax evasion, with the European Commission, the executive arm of the EU, unveiling a proposal to tax these companies at a rate of 3% as an interim measure.

Vestager did not mince her words, telling CBS: "Just as well as I admire some of the innovation by Google over the last decade – well, I want their illegal behaviour to stop", adding that this could be proven.

She said her staff had gone through 1.7 billion Google searches and found that the company was manipulating results to promote its own products and services. "It's very difficult to find the rivals. Because on average, you'd find them only on page four in your search results," Vestager said.

"I don't – I don't know anyone who goes to page four in their search result. The – jokingly, you could say that this is where you should keep your secrets. Because no one ever comes there," she added.

Google refused to go on the record with CBS, but provided a statement denying that it was a monopoly. "...our responsibility is to deliver the best results possible to our users, not specific placements for sites within our results. We understand that those sites whose ranking falls will be unhappy and may complain publicly," the company was quoted as saying.

More in this category: « Blockchain used for proof-of-concept in secure health data analysis US, China close to deal on lifting ZTE ban: report »
Share News tips for the iTWire Journalists? Your tip will be anonymous