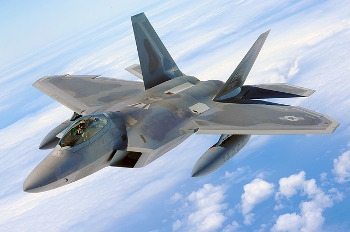 Google is making a quiet bid to win a US$10 billion cloud contract from the US Defence Department which is to be awarded before the end of the year. However, many of the company's employees believe there would be strong objections to providing cloud services to support combat operations.

The other companies in the race are Microsoft and Amazon, with Oracle Corporation some distance behind at fourth, according to a report at Defence One.

Last September, Defence officials indicated that they would make a big move to the cloud. Since then, what is known as the Joint Enterprise Defense Infrastructure, or JEDI, programme has grown to be worth US$10 billion over a decade.

Diane Green, who heads Google Cloud, has indicated that the company is keen to get more business from the federal government. Towards this, she is said to be contemplating putting in a bid for open source company Red Hat which has obtained a number of certifications from the Department of Defence.

Adding to its security credentials is the fact that Red Hat also supplies its products to the NSA, with the spook agency running its XKEYSCORE programme — an application that the Intercept, the website run by journalist Glenn Greenwald, describes as NSA's Google for private communications — for the most part on Red Hat Linux servers.

However, in the case of Google, its employees have not taken kindly to the move by their employer to get involved in defence-related contracts.

Recently, rank and file workers, including a number of senior engineers, submitted a letter to senior management to protest against a decision to provide technology to a US Defence Department programme that uses artificial intelligence to interpret video images and assist in targeting enemies in drone strikes.

Google's management attempted to play down its role in this project, known as Maven, by issuing a statement saying, in part, that they had provided only "“open-source object recognition software available to any Google Cloud customer”.

The statement added: "The technology is used to flag images for human review and is intended to save lives and save people from having to do highly tedious work."

On 11 April, Greene met employees at what is known as a Google town hall to discuss the Maven project and said the company was developing a set of principles to guide its involvement in this project and any other future similar work.

But many employees told Defence One that they surprised to learn of the intention to pursue the JEDI contract. Also expressed was the view that many employees would have serious objections to the use of the company's cloud services to back up combat operations, even if it were indirect support, especially if Google's artificial intelligence research was used.

Amazon's one advantage is that its cloud service is certified to handle secret and top-secret data. However whoever wins the contract will have nine months to obtain the certification – and Amazon itself got certified after it had won a previous contract. Amazon is also the only company among the four to have already won a cloud contract with an intelligence agency, having won a US$600 million contract with the CIA.

More in this category: « Huawei cutting back US sales efforts; rural subsidies blocked Australia confirms no Huawei role in Solomons undersea cable »
back to top