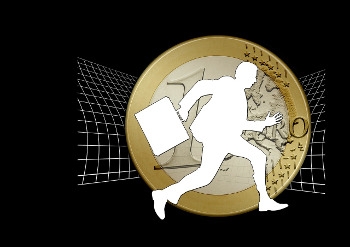 The European Commission has unveiled proposals for taxing digital companies across the 28-member bloc, with an interim measure which will be replaced by a more permanent alternative.

In a statement, the EC, the executive arm of the European Union, said the interim measure would apply to companies that have annual worldwide revenues of €750 million (US$925.6 million) and EU revenues of €50 million.

It added that a total of €5 billion could be collected if a 3% tax was applied.

This tax will apply to revenues created from activities where users play a major role in value creation and which are the hardest to capture with current tax rules, such as those revenues:

"Some of these companies are among the greatest contributors to US job creation and economic growth," he said, adding that officials in Washington "fully support international cooperation to address broader tax challenges arising from the modern economy and to put the international tax system on a more sustainable footing".

The two European proposals will now go up before the Council for adoption and then to the bloc's parliament for consultation.

Commenting on the proposals, Valdis Dombrovskis, vice-president for the Euro and Social Dialogue, said: "Digitalisation brings countless benefits and opportunities. But it also requires adjustments to our traditional rules and systems.

"We would prefer rules agreed at the global level, including at the OECD. But the amount of profits currently going untaxed is unacceptable. We need to urgently bring our tax rules into the 21st century by putting in place a new comprehensive and future-proof solution."

Pierre Moscovici, EU Commissioner for Economic and Financial Affairs, Taxation and Customs, added: “The digital economy is a major opportunity for Europe and Europe is a huge source of revenues for digital firms.

"But this win-win situation raises legal and fiscal concerns. Our pre-Internet rules do not allow our member states to tax digital companies operating in Europe when they have little or no physical presence here.

"This represents an ever-bigger black hole for member states, because the tax base is being eroded. That's why we're bringing forward a new legal standard as well an interim tax for digital activities.”

Complaints have been frequently voiced in countries around the globe that big American multinationals are siphoning off their profits to other low-tax havens like Ireland and Luxembourg.

Multinational tech companies, including Apple and Microsoft, have faced questioning in the Australian Senate over tax minimisation.

More in this category: « Government puts up $7 million in grants for Aussie innovators Game on for young job seekers with Vic Govt initiative »
back to top